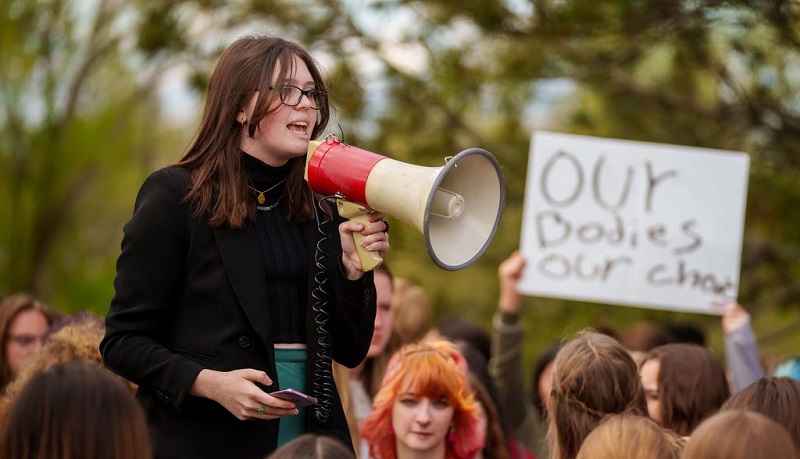 The walkouts happened at East, West, and Highland high schools, as well as Skyline and Taylorsville high schools.

Chatwin explained school leaders do support First Amendment rights. “What happens typically is student organizers will come to talk to the principal and administration and let them know what the plans are and that allows us to be on hand to know what the plan is and again just make sure students are staying safe while they are demonstrating,” Chatwin said.

According to Chatwin, these kinds of demonstrations are not “rare occurrences” at Salt Lake City high schools and she urges others to listen to the voices of the rising generation. “I think it’s important to listen to youth and the things they have to say,” Chatwin voiced. “These kids are trying to make their voice heard about something they care about and we’re glad that they’re able to take that and apply what they’re learning in class into the real world.”

As students made signs and gathered outside of the schools for roughly 15-20 minutes, the demonstrations remained peaceful Thursday. “They’re always pretty respectful in the five years I’ve been here, I’ve only ever seen respectful rallies and this seems to be in line with that as well,” Chatwin said.

The court is expected to rule on the case in late June or early July.