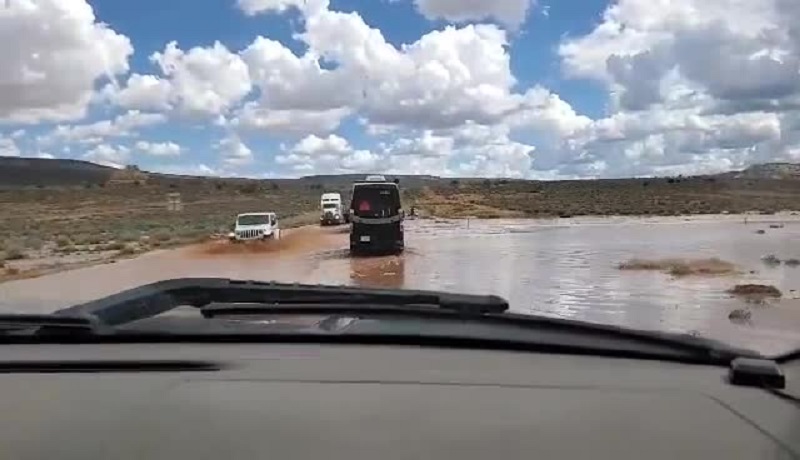 San Juan County, Utah — Due to flash flooding, some highways in southeastern Utah were either partially or fully closed Sunday.

Shortly before 3 p.m., the Utah Department of Transportation reported that both directions of U.S. Highway 191 were closed due to flooding and debris.

The closure was located about 13 miles north of Monticello, near the highway’s junction with U.S. 211.

According to San Juan County officials, 191 was partially open with traffic moving through in alternating directions.

Around 4 p.m. Highway 211 was fully closed — also due to flash flooding — at the intersection with 191, the county and UDOT both said.