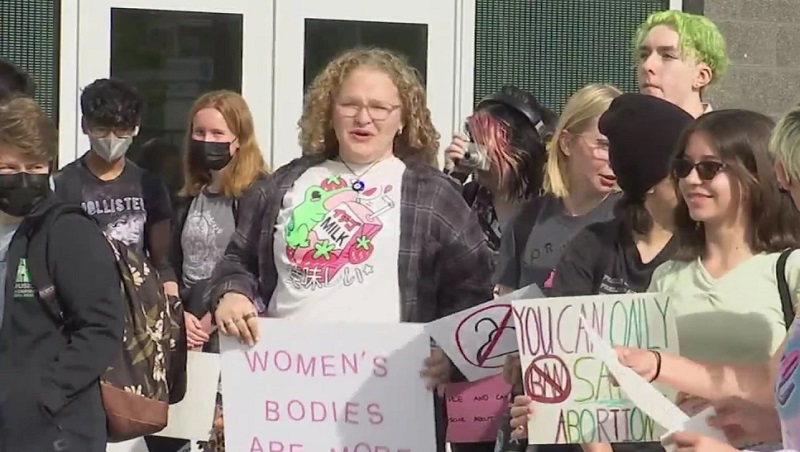 Midvale, Utah – In order to support abortion access in Utah, on Thursday, students at Hillcrest High School in Midvale walked out of class.

Dozens of students walked out holding signs, chanting, and made speeches about abortion rights.

The walkout was in response to a leaked draft of a supreme court opinion that would overturn Roe v. Wade and end the federal right to an abortion.

According to students, lawmakers shouldn’t be able to twell women what to do with their bodies.

Students are also worried about the ripple effect Utah’s Trigger Law would have on women.