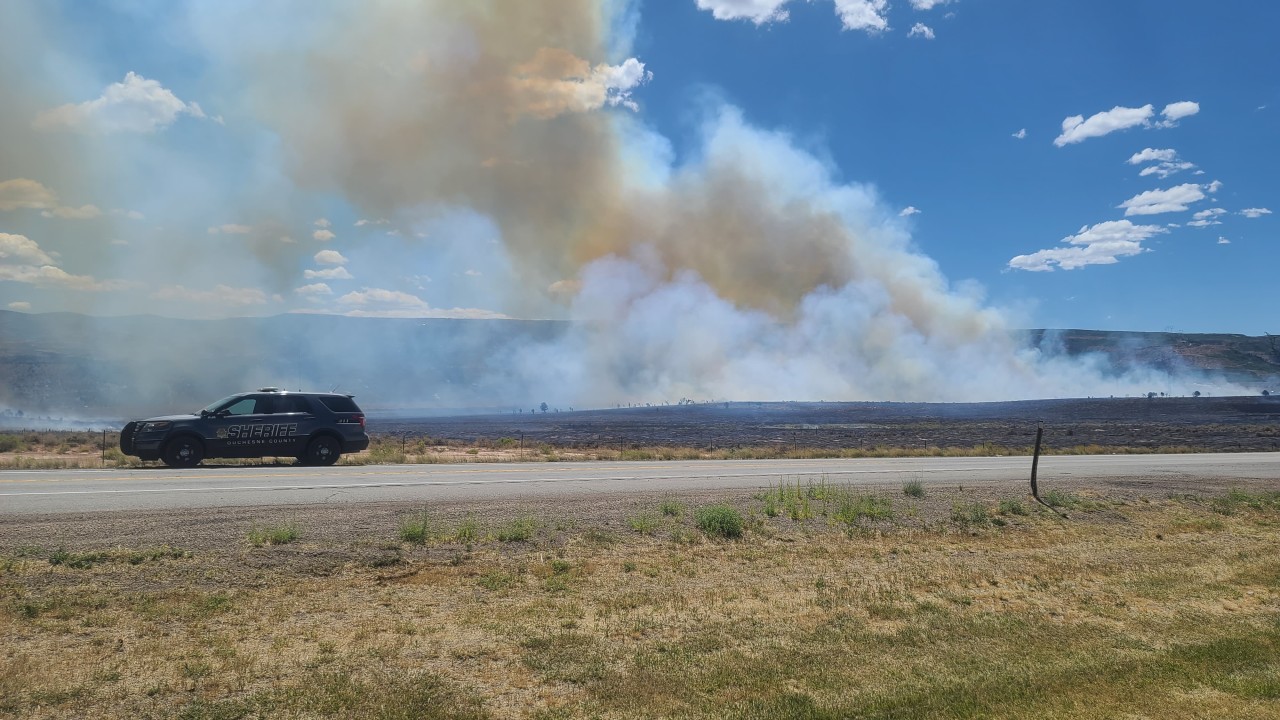 FRUITLAND, Utah – State fire officials said a fast-moving fire in Duchesne County has destroyed a home, damaged three structures and was threatening others.

The fire broke out near Fruitland Sunday afternoon, south of US Highway 40 near mile marker 59.

Officials estimated the fire at 225 acres. Heavy smoke and flames could be seen from the surrounding area Sunday.

Details about any evacuations were not given.

Officials from the Utah Department of Transportation said US 40 was impacted by the fire in both directions.

It was originally named the Fruitland Church Fire, but it was later renamed the 6400 Fire.

Officials said one primary residence and two outbuildings were destroyed, while an additional 24 primary structures were being threatened.

Westbound U.S. 40 was closed for a period of time due to the fire with lanes reopening around 4 p.m.

The fire was human-caused, authorities said.

Officials said the fire was 50% contained as of 9 p.m.