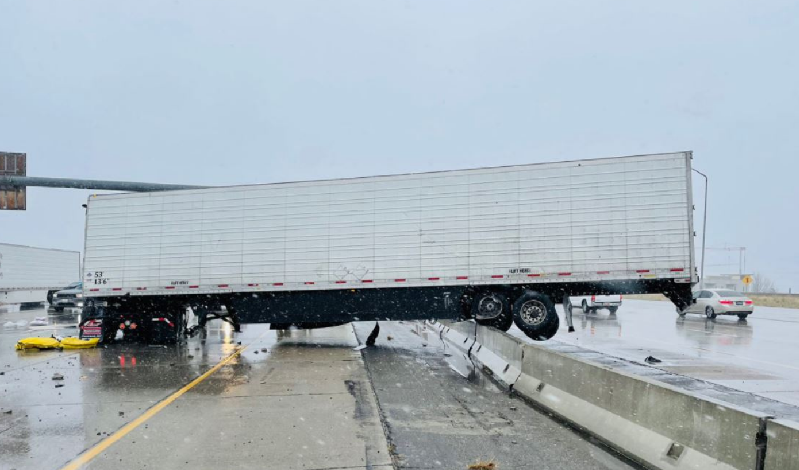 Salt Lake City, Utah — Following a truck accident near North Temple, traffic has come to a standstill on Interstate 215 in Salt Lake City.

Due to the accident, all southbound lanes of the highway have been shut down, with vehicles being diverted to a nearby off-ramp.

The Salt Lake City Fire Department crews have responded to clear the accident and work on cleaning a fuel leak.

Officials still haven’t released any information about anyone injured during the accident or when officials expect the lanes to reopen.

The storm that has brought snow to northern Utah has created hazardous driving conditions, leading to numerous accidents.