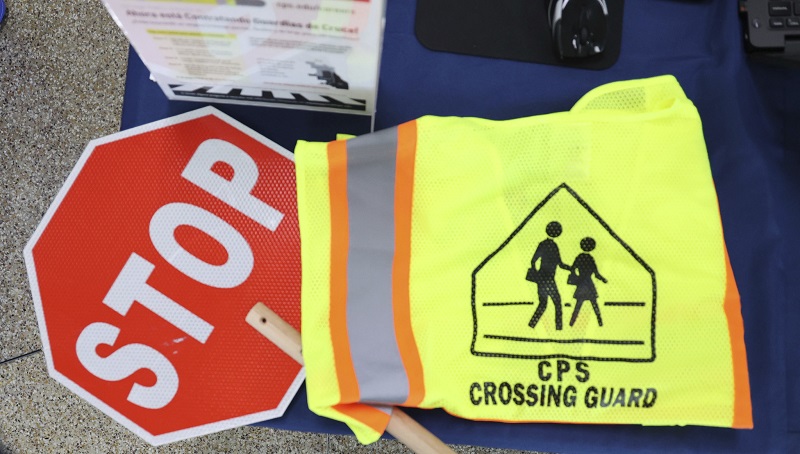 Midvale, Utah – Just weeks away from the new school year, the Unified Police Department says there are still not enough school crossing guards to go around.

While having some extra time, Julie Howell decided to try her hand at being a school crossing guard. She now wants to encourage others to sign up for what she says is a very rewarding, part-time job. “I got involved because I have children of my own and I appreciated people helping them get to school, and so I wanted to do my part in the community and help kids in what little way that I could,” said Howell.

Nine years later, Howell’s still at it, helping students get to and from Midvale elementary school.

According to Julie, now, she feels a special connection to all the young people and says it’s kind of tough to imagine her life now without them. “And I feel like getting the kids safely to school is promoting their education as well. Because it’s always awful to hear of kids getting hit by cars and stuff when they’re just starting out.”

Unified police handle the screening and hiring of crossing guards in the cities they serve. “We can’t do this without them, we don’t have enough police officers to staff these streets. So without them, we‘re really putting our children at risk,” said Sgt. Melody Cutler.

Howell is encouraging anyone to come and join their team, adding that it’s a very rewarding experience. “If I can do something that will help them to get their education because after all, they’re our future,” said Howell. “So that was one of the reasons why I got into it and you know a little bit of extra money here and there doesn’t hurt either.”

This job pays $15.50 an hour, but it’s only for about an hour in the morning and afternoon.