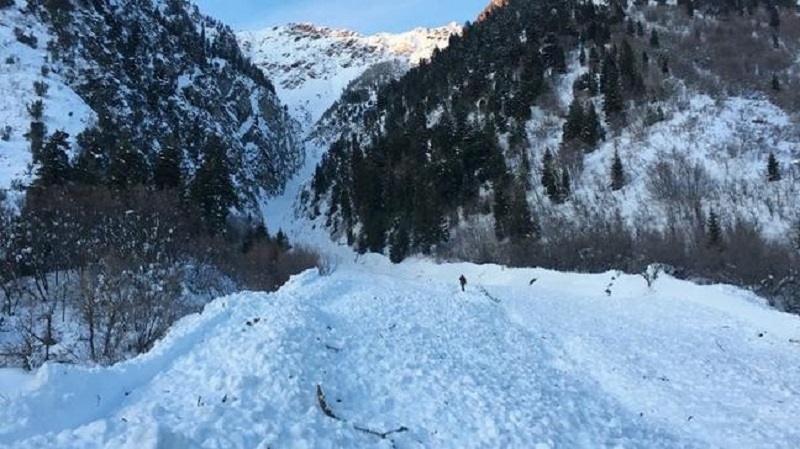 With those records, though, come increased dangers on Utah’s slopes.

Wet avalanches are likely at all elevations amid the quick rise in heat, according to the Utah Avalanche Center. The center advised recreators to avoid being on or beneath slopes steeper than 30 degrees, particularly during the hottest hours of the day.

The center reported on a “large natural wet avalanche” on the east side of Kessler Peak in Big Cottonwood Canyon, shortly after the UAC issued its initial warning. The avalanche covered a portion of a road that’s used during the summer. Officials included two photos of the aftermath, which showed a pair of ski poles at the edge of the avalanche site to show its depth.

Additional details of the avalanche were not immediately made available.

There is no indication anyone was injured in the event.

The warmth is expected to continue through the weekend, with highs near the 80s forecast for Sunday as well.

The highest temperature recorded for Salt Lake City on March 26 was 78 degrees in 1960.