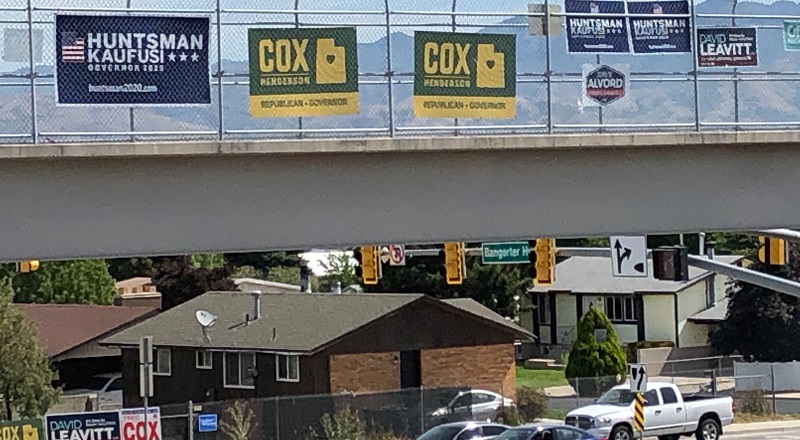 According to Sen. McKell, he would like to prohibit campaign signs from government properties, which would include highways, roads, and overpasses.

It may already be illegal if it impedes traffic, depending on where a political campaign sign is posted now.

The First Amendment protects political campaign signs, but there are carve-outs to allow for public safety and littering. Sen.

His bill would not make it a criminal offense, but the state could charge a fee to political campaigns to have Utah Department of Transportation employees remove any offending signs, McKell said.

According to Sen. McKell, the bill would be introduced in the 2023 legislative session.