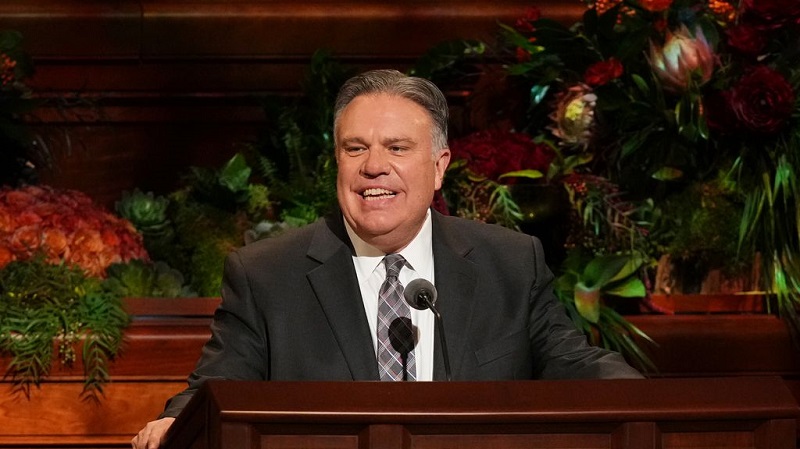 Utah – During an event over the weekend, a Latter-day Saint leader has apologized, saying he “made a serious mistake” for comments regarding Black members of the church.

On Sunday, Brad Wilcox, who serves as the second counselor in the Young Men general presidency, was speaking at the fireside in Alpine when he made remarks about the questions he receives from members about why the prohibition against Blacks in the priesthood wasn’t lifted until 1978.

“Maybe instead of asking why the Blacks had to wait until 1978 to get the priesthood, we should be asking why did the whites and other races have to wait until 1829,” answered Wilcox in the video shared on social media.

On Monday evening, saying he was “truly sorry,” Wilcox, who also serves as a professor at BYU, posted his apology to Twitter.

“The illustration I attempted to use about the timing of the revelation on the priesthood for Black members was wrong,” wrote Wilcox. “I’ve reviewed what I said and I recognize that what I hoped to express about trusting God’s timing did NOT come through as I intended.

“To those, I offended, especially my dear Black friends, I offer my sincere apologies, and ask for your forgiveness. I am committed to do better.”

“We are deeply concerned with the words recently used by Dr. Brad Wilcox. We appreciate his sincere apology and believe he is committed to learn from this experience. BYU remains committed to upholding President Nelson’s charge to root out racism in our institutions.”