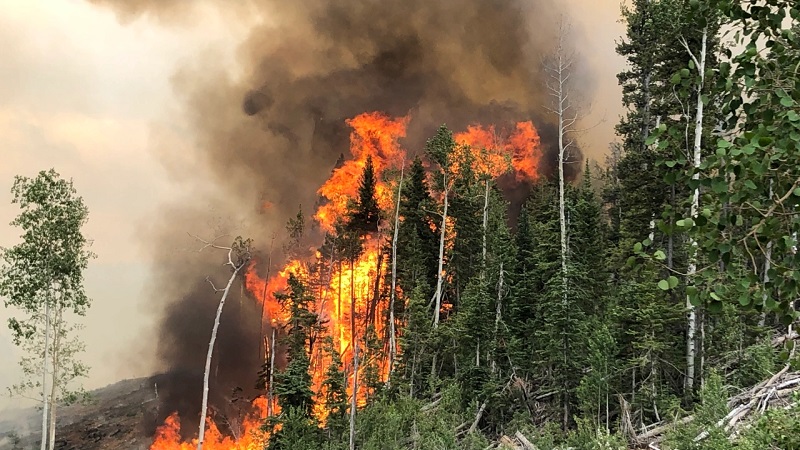 Dixie National Forest, Utah – According to Utah Interagency Fire reports, as of Saturday the Left Fork Fire has been 100% contained.

Firefighters will still be working on the fire, which capped at 4,254 acres, continuing to patrol and mop up near the perimeter.

In order to reduce the impacts that crews and equipment made during firefighting operations, fire officials will be continuing their suppression repair efforts in various portions of the fire. These efforts reportedly reduce potential soil erosion and repair damage to infrastructure.

According to Utah Interagency Fire, many resources will demobilize on Saturday and go through the decontamination process, to prevent the threat of spreading invasive species such as Chytrid and Whirling Disease.

Chytrid is a fungus that reportedly degrades amphibians’ permeable skin, which they use to breathe and regulate their water levels, while Whirling Disease is a serious affliction in some species of trout and salmon, caused by a water-borne parasite.

According to officials, the forest closure will continue to be reassessed, but for now, will remain in place until it is safe for the public to recreate in the area.