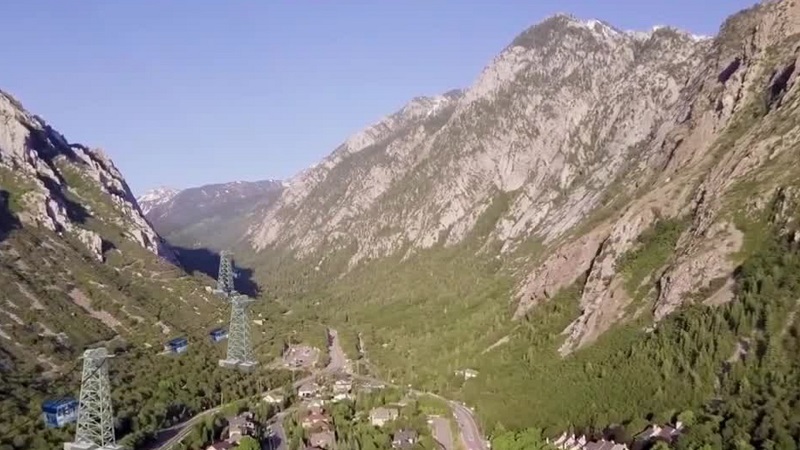 Little Cottonwood Canyon, Utah — Snowbird has been advocating for the gondola as a solution to little cottonwood canyon’s traffic problems.

“If you care about air quality, water quality, the safety of the people going up and down the canyon, and the reliability of knowing how long it’s going to take to get up and down the canyon, the only option is the gondola,” said Dave Fields, President, and General Manager. “There are 64 avalanche paths in Little Cottonwood Canyon. It’s the most avalanche-prone canyon in North America. We need a transportation solution that takes into account that reality. This is not like a commute in the Valley.”

According to UDOT, the busing solution would cost $510 million; it would mean a wider road with lanes only buses could use during peak traffic times. The gondola is estimated at $600 million; Little Cottonwood Canyon would be filled with more than 20 steel towers as tall as skyscrapers. “We’re not trying to create more marketing gimmicks to attract Midwesterners or people from the East Coast,” said Brad Rutledge, Board Member for the Wasatch Backcountry Alliance. “We’re trying to solve traffic problems.”

Rutledge says Gondola Works’ advertisements are misinforming Utahns. Studies show the gondola is in fact harmful to the environment since the power will come from coal, and it’s not accessible because it would have an additional cost. “The average Utahn that isn’t paying close attention will look at this and say, ‘Why would I want a bus when we can do a gondola?'” said Rutledge. “The question they should be asking is, ‘Is the gondola going to answer and solve the transportation problem?’ And everyone here today, most people here, are saying no, it’s not.”

By the end of summer, UDOT will be wrapping up its environmental impact study, which could determine the Canyon’s future.

Both sides agreed that the decisions being made will impact this canyon forever.