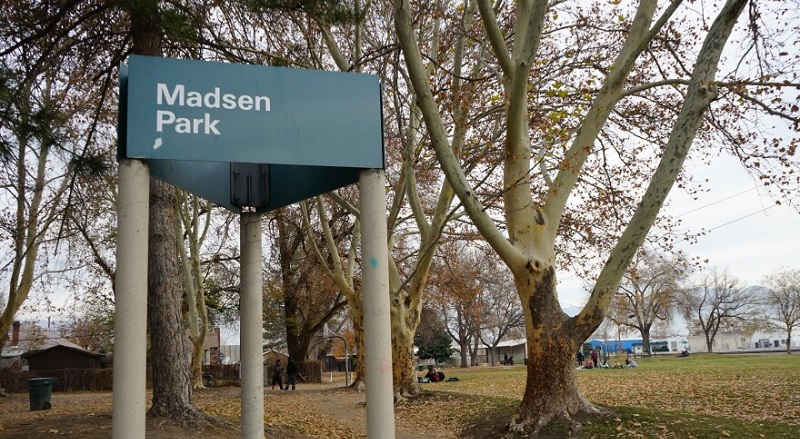 “This is a temporary, pilot initiative that’s been driven by community members out of concern about crime, and significant health, safety, and environmental issues in their small neighborhood park. It’s one of many interventions proposed by a community group of North Temple residents that has been meeting for the last two years on issues in the area,” The Salt Lake City Mayor’s Office said.

The closure was signed off on by many residents who want to see their neighborhood improve.

“Our group, North Temple Community Improvement, we got over 100 signatures especially from people on Chicago street,” said Nigel Swaby, chair of the Fairpark Community Council. “They’re asking for the closure so this is not a decision that the mayor’s office made lightly there is a lot of community input on it.”

The main reasons for the closure, according to the city, include the number of arrests, drug possession, drug distribution, and weapons in the area, which stem from the park.

“Some of them are afraid to come out of their homes,” Swaby said. “There are people that will go into their backyards. Lots of thefts, drugs, and prostitution.”

Beginning Monday, the park will be closed temporarily, December 6 for 60 days at which time the city will reassess the progress being made.

“Following the 60 day period, the city will evaluate the effectiveness of the measure before making any decisions on the future use of this tactic,” the Mayor’s office said.

According to the community, in the time that the park is closed progress can be made on restoring the park and fixing it up so that residents can enjoy it again.

Utah toddler with Down syndrome battling COVID-19 in hospital