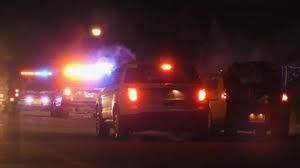 WEST VALLEY CITY — At least one person was arrested following a shooting investigation over the weekend.

Early Saturday, a West Valley police officer was in the area of 4100 South and 4300 West when he came across three vehicles stopped in the middle of the road.

“(I) heard what sounded like three gunshots, and then observed two of the vehicles drive away at a high rate of speed. It appeared that the occupants of the two fleeing vehicles consolidated into one vehicle,” according to a police booking affidavit.

When the officer attempted to pull the fleeing vehicle over, the driver stopped the car and attempted to get out, but another passenger grabbed onto the driver “and kept trying to pull him back in,” the affidavit states. “The passenger then pushed him out and took the vehicle.”

The driver told officers he attempted to turn off the car and take the keys out of the ignition but was overtaken by the passenger. The car sped away but was stopped a short time later, and the new driver was arrested, according to the affidavit.

Antonio de Los Santos Marquez, 18, was booked into the Salt Lake County Jail for investigation of robbery, felony discharge of a firearm and failing to stop for police. Police say Marquez was involved in exchanging gunshots with people in one of the other vehicles.

The affidavit does not say if anyone was seriously injured.