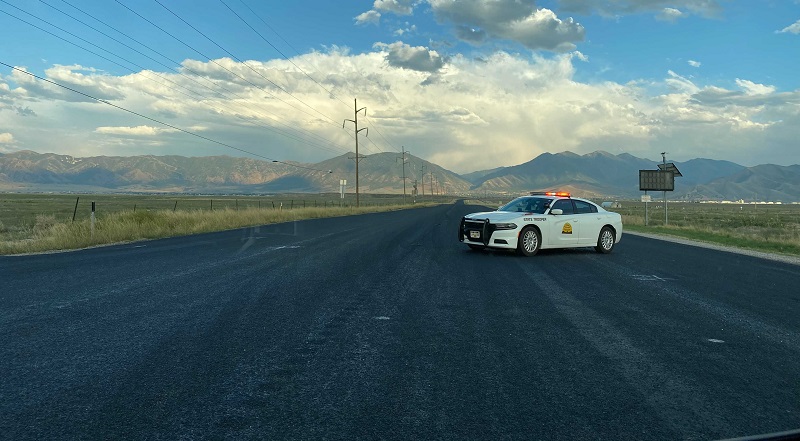 Tooele, Utah — On Wednesday a man was shot by police in Tooele County after charging at officers with a knife.

According to police, the incident began just after 6 p.m. near 1830 State route 112, when Grantsville officers identified a suspect in an active Internet Crimes Against Children (ICAC) case.

Police say officers attempted to pull the man over but a pursuit ensued, but once the man’s vehicle stopped, the suspect “charged the officers with a knife.”

According to a press release by the Grantsville Police Department, an officer fired a weapon, hitting the suspect. First responders began giving medical attention to the man but he sustained critical injuries and died at the scene.

The Tooele County Attorney’s Office, Utah Highway Patrol, and the Utah State Bureau of Investigation is investigating the incident.

The town of Scofield runs out of drinking water