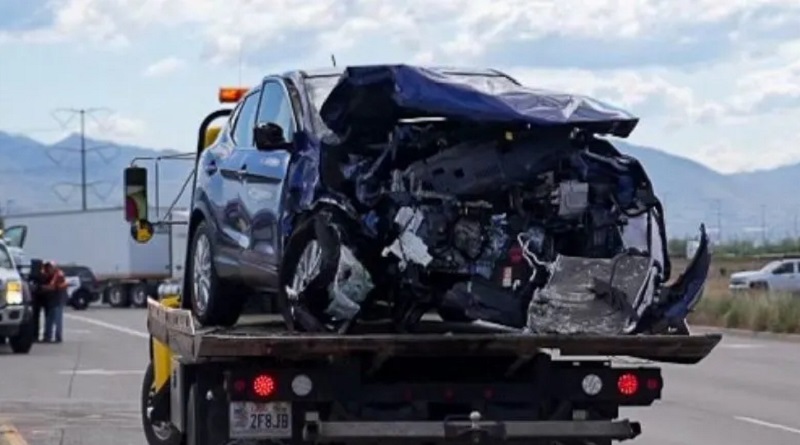 Salt Lake City, Utah – On Tuesday morning a man was critically injured in a hit-and-run crash that happened in Salt Lake City. Police are investigating the incident.

According to officers, around 8:00 a.m., they responded to the crash between two vehicles near 4400 West and California Avenue.

Investigators believe the two drivers, who know each other, got into an argument and began chasing after each other. The truck and the car then collided, causing the car to crash head-on into a third vehicle.

A man in his 50s, the driver of the third vehicle was transported to a local hospital with life-threatening injuries.

The driver of the truck drove off after the crash and has not yet been located by police.

At this time, no further information has been released.