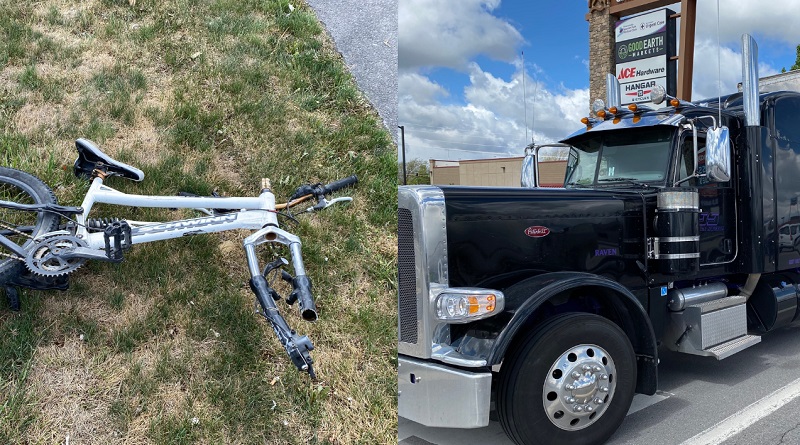 Spanish Fork, Utah — On Tuesday morning, a man was run over and killed after he crashed his bicycle into a semi-truck in Spanish Fork.

According to police, they were called at 11:31 a.m. to Canyon Creek Parkway and Highway 6 where witnesses said that a semi-truck was attempting to make a right-hand turn from 1000 North to go East on Highway 6.

The 49-year-old man riding a bicycle in the crosswalk was traveling south when he ran into the rear tires of the semi and was knocked off of his bike. The bicyclist was then run over by the semi-trailer wheels.

The man was transported to Spanish Fork Hospital where he passed away due to his injuries. The driver of the semi is a 63-year-old man and was cooperating in the investigation, police said.

There was heavy traffic in the area of Highway 6 during the ongoing investigation and lane restrictions.

Post Malone and his girlfriend are expecting their first child