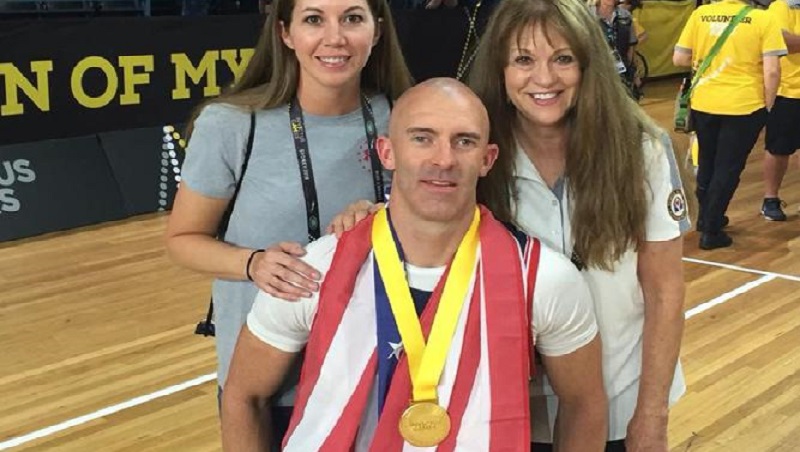 Joshua’s road to the Invictus Games was one he didn’t originally see coming.

Smith was in the middle of his 13 years of active duty for the U.S. Air Force when he attended survival training in 2009. “We get tortured and beat up and basically we’re taught how to stay alive so when we’re on a deployment or down-range anywhere around the world, heaven forbid we got taken as a hostage or a POW,” he explained. “We’re taught skills and given some techniques and training to learn how to keep ourselves alive and our fellow teammates as well if anyone’s with us.”

At first, Smith fought against the idea he had suffered serious injuries. “I had cadre instructors (say), you know, ‘Sgt. Smith, what’s wrong?'” he said. “‘You’re kind of hobbling and limping around and I was just, ‘I’m good, I’m fine — just a little beat up from the month of training, I’m good to go.'”

Smith continued for six more years until he finally could not go any longer and he saw a new doctor while stationed in South Dakota. “(I) went in and sat down with a hip specialist and he says, ‘Hey, you need full bilateral hip replacements,” said Smith, who also disclosed he still has four discs in his back that need to be fused together. “I was totally shocked and surprised.”