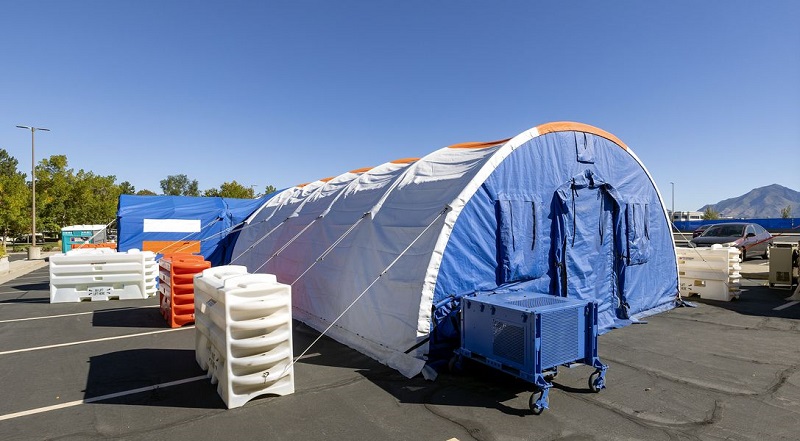 Salt Lake City, Utah — According to the State Health Department, courses of monoclonal antibodies – which are produced in a lab – are “critically” low.

According to Darren Nord, who was tested positive for COVID-19 and asked about getting the treatment, he was told: “it wasn’t available.”

The antibodies, said to be effective at preventing hospitalizations and deaths of COVID patients, can be administered with an IV or shots.

The state health department said with low supplies, even if you qualify, you may not get the antibodies.

Nord said his elderly sister also contracted COVID and sought the antibodies on Wednesday, but was told she’ll have to wait until next week.

“That’s actually quite a few days if you’re looking at it from Wednesday until Monday,” Nord said, adding his sister feels “terrible“ and “a lot can happen” within that time frame.

According to the health department, the week of Christmas 654 courses of the antibodies were given, but last week it “only received 284 treatments.”

“The federal government is no longer shipping the two treatments that are ineffective against Omicron,” according to the department. That leaves just one treatment type that works for the variant.

A cancer survivor Brittney Connelley, several months ago, though she might not survive when she came down with COVID – but monoclonal antibodies worked extremely well.

“I felt like I was hit by a bus before I got it (the treatment) done,” she said. “Every bone in my body ached. I just wanted to curl up in a ball and die.”