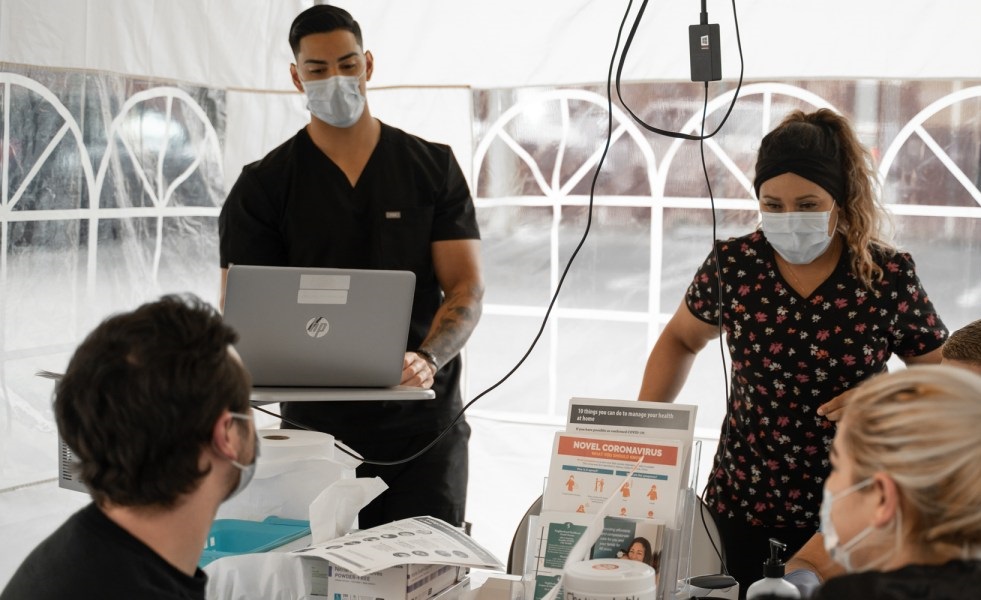 There was a huge debate over the last year and a half whether the vaccine will become a requirement at some point and it looks like we are getting close to what many didn’t believe in becoming a reality. Some cities, states and federal agencies already announced vaccine requirement for workers and even the president Joe Biden last Thursday announced that he is thinking of vaccine requirement for all federal workers very soon.

But the question is how private companies handle the issue with vaccine hesitant workers?

Well, companies started to use different ways to stimulate workers to get the shot over the last few months. Businesses mostly relied on information campaigns, bonuses and other incentives to encourage their workforces to get the COVID-19 shot, but those times are coming to the end as some of the biggest companies in the country already went a step further requiring workers to get vaccinated as soon as this fall.

Companies like Google, Facebook and Lyft already put in place vaccine requirement for their workers and it’s not hard to assume that many other US based businesses will follow their model. But what if workers decide not to get the vaccine? Well, some companies announced they might fire their workers, while most of them said they will have to undergo weekly testing. And that is not easy.

The issue becomes much larger in low-income jobs companies where owners have to handle with food manufacturers, warehouses, supermarkets and other store chains job position workers. Why these companies still don’t require their workers to get vaccinated? It’s simple, it’s because of the fear that they might lose them and we already know what businesses are facing with the workers shortage in the last couple of months.

We can take Tyson Foods for instance who held more than 100 vaccine events for their workers. They managed to make half of their workforce to get the shot which is almost 50,000, but denied vaccine requirement for the rest of the workers.

The situation is similar with Walmart and Amazon, companies that have 1.5 and 1.3 million workers respectively. Both of the companies denied vaccine requirement for workers, but they use incentives to make their employees receive the shot. However, in a most recent announcement Walmart officials said they will require their headquarters employees in Bentonville, Arkansas to get vaccine no later than October 4.

Although is might be a powerful signal in changing the directions of their politics, we can easily assume that this is an isolated decision considering the fact that Arkansas is one of the states with the worst Covid-19 situation right now and lowest vaccination rates.

Another indicator in which way the vaccine requirement will go is how Biden will face the pressure from the worker Unions as they pushed back against him as soon as he announced vaccine requirement for federal workers. Biden said the administration will cover the cost of the weekly testing, but the real point is that the requirement is against human and civil rights of choice to decide for themselves.

‘Investigate everything what Trump said, did and who he spoke with on January 6,’ Cheney says in the first January 6 committee hearing Tuesday