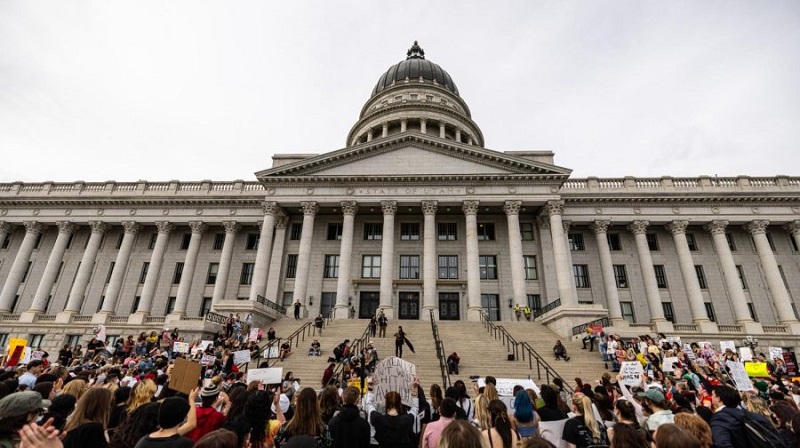 Salt Lake City, Utah – On Wednesday, immigrants from 40 countries gathered in the Utah State Capitol rotunda to take the Oath of Allegiance and become official citizens of the United States of America.

The new citizens were joined by loved ones for the ceremony.

Salt Lake City Mayor Erin Mendenhall became emotional as she told the story of her family’s journey to becoming American citizens, and State Rep. Norm Thurston and Lt. Gov. Deidre Henderson both spoke about what it means to be an American citizen.

Mendenhall brought her grandmother’s framed naturalization certificate, which she said she keeps on her desk.