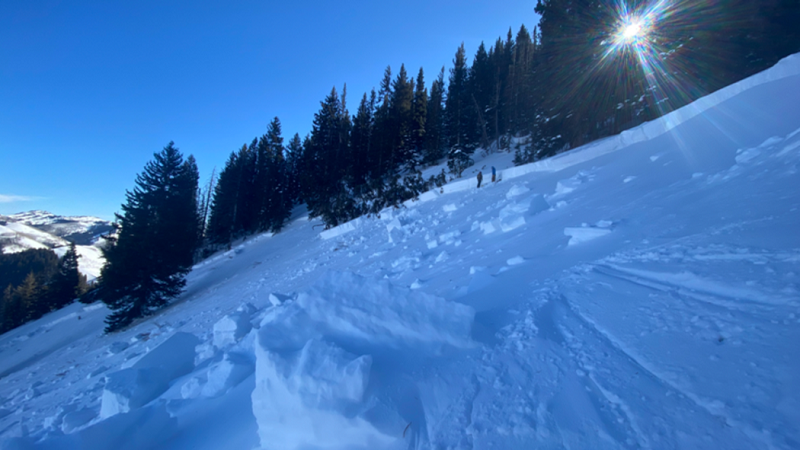 The Avalanche Center is worried about conditions, with a total of nine slides in areas around the state.

“We’re seeing issues in upper Little Cottonwood Canyon and upper Big Cottonwood Canyon right now. So it wasn’t a problem until last week we got a bunch of new snow and it’s sitting in those elevations and those aspects that allowed the old snow to stay,” said Nikki Champion, a forecaster with the UAC.

Of the nine slides, two were natural, six were human-caused, and one’s cause is not yet known.

“Human-triggered avalanches are likely, so if you enter into avalanche train on the aspects that have that persistent weak layer,” Champion said, “you’re likely to trigger an avalanche, and that’s exactly what happened.”

The most severe avalanche of the day was in the Upper Days area, where a snowboarder reported that their group got caught up and had to deploy their airbags to stay above it.

That avalanche measured about 900 feet wide.

The center is worried about it compounding the problem, with more snow on the way.

“We don’t know what the tipping point is going to be for these facets that we’re going to start seeing big natural avalanches or anything like that,” Champion added. “We just know if you add more snow and you add more wind, the avalanche danger is going to rise.”

UAC puts out an avalanche danger forecast every morning, which can be found on the center’s website.