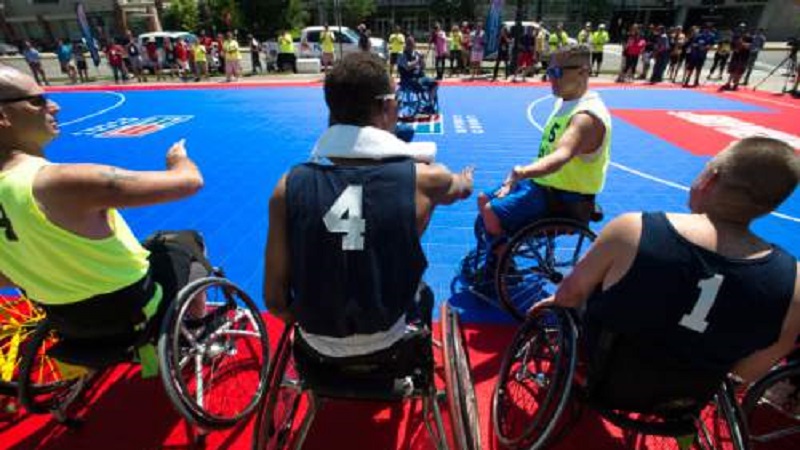 “There’s life after this. It’s amazing. I never thought I’d be a gold medalist that’s for sure,” said Army veteran Matrix Morton, who competed in the competition for the first time this year in air rifle and obstacle course events.

But before the medals and the friendship among the veterans, there were a lot of dark times. “The recreational therapist said ‘well just change your hobbies.’ I said ‘I like my hobbies’ She says ‘then learn to adapt’ ” said Navy veteran Lee, who says it helps him mentally to still be able “to do stuff.”

The VA’s Recreational Therapy Program helped the veterans tap into their potential as athletes, and realize that they’re still capable of doing many things they thought were no longer possible.

According to Raymond John “Ski” Kosierowski, an Air Force veteran, the comradery with other vets helped him cope with his own problems.

Their coach, Mia Mortensen, is proud of their progress. “We’re focused on every single area of health. Not just physical, not just mental, but emotional, social, and even spiritual,” she said.

According to Morton, he was nervous to compete in a wheelchair, something he’s never done before, but explained, “It’s pretty much life after death. Not to sound cliche, but it’s kind of like a phoenix.”