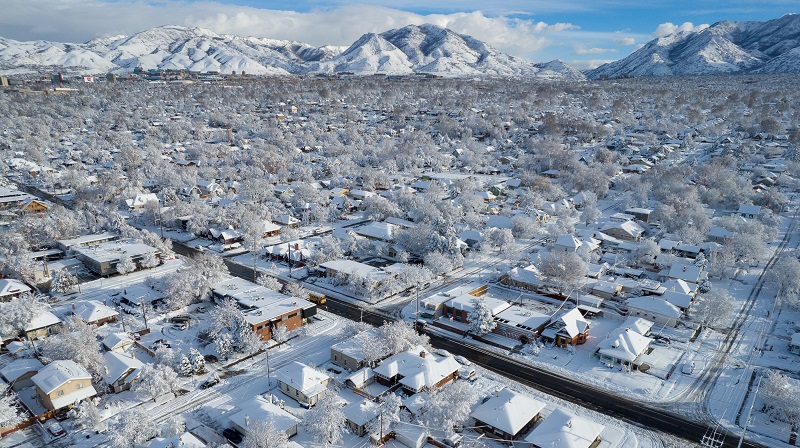 Salt Lake City, Utah – The list of warnings, watches, and advisories now in effect across the state due to the first winter weather of the year was expanded by the National Weather Service on Sunday.

For the Salt Lake, Tooele, and Rush valleys, where lake effect snow was accumulating Sunday morning, a Winter Weather Advisory has been issued.

The Tooele Valley and the western portion of the Salt Lake Valley could have accumulations of up to 4 inches in certain places, according to the NWS.

The advisory ends at 6 p.m.

While the heaviest snow was expected during the morning hours, NWS noted that roads could be affected throughout the day. The advisory also warned of stress on power lines due to heavy, wet snow.

“To prevent freezing and possible bursting of outdoor water pipes they should be wrapped, drained, or allowed to drip slowly,” according to the warning. “Those that have in-ground sprinkler systems should drain them and cover above-ground pipes to protect them from freezing.”

Additionally, winter storm warnings have been reinstated for northern Utah’s mountainous regions, where 1 to 2 feet of snow are anticipated to fall.

Due to the winter storm, the Utah Highway Patrol reacts to over 120 accidents