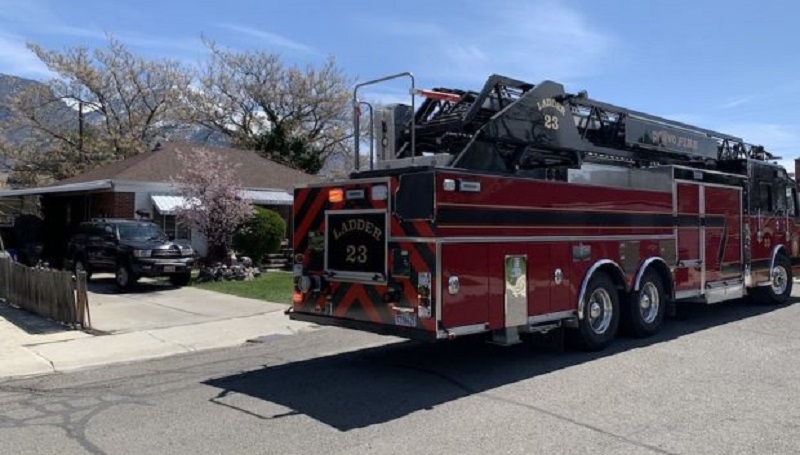 Provo, Utah – A longstanding member of a Provo neighborhood died in an explosion in an outbuilding early on Friday, leaving the community in mourning.

According to Provo Fire Capt. Sam Armstrong, a nearby resident reported hearing an explosion in the vicinity of 1600 West 1000 North at 6:30 a.m. and dialed 911.

At the time, a married man and woman were there, according to Armstrong. One of the spouses was in a shed or outbuilding that was connected to the home’s garage when the explosion occurred; the other, however, was inside.

Armstrong claimed that the person passed away. His or her name hasn’t been made public yet.

The explosion’s cause is still being looked into.

The explosion rattled the upstairs windows of David Higginbotham, who lives a few homes away from the blast and could see flames rising from the house.

He stated that the home’s occupants had lived in the area for a very long time.

“The neighborhood is getting older, right? A lot of the residents have lived here for probably 40 or 50 years,” he said.

Higginbotham said he often sees the husband out and about “working on his lawn or garden.”

“He restored kind of a vintage old pickup truck that’s in his driveway right now,” Higginbotham said. “I had seen him probably two or three weeks ago. We had gone over and talked with their family … to bring some treats over to their home, then to find out (about) this horrible, horrible accident. It kind of shakes you up.”