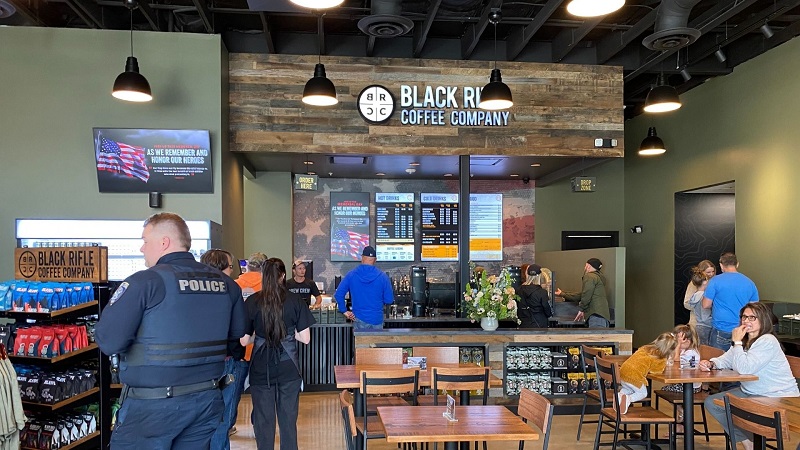 Spanish Fork, Utah — On Memorial Day, a new local coffee shop decided to host its grand opening for the community.

“Service members, they don’t get the day off,” said Neal Currey, who co-owns the Black Rifle Coffee Company franchise location in Spanish Fork. “Law enforcement is still out there and EMS is still out there, veterans are still fighting, and we have people deployed overseas.”

F2004 to 2009, Currey served as an Army Ranger with five completed tours in the Middle East.

He opened up Black Rifle with his wife Casey for their first day of business on Memorial Day, a day with so much significance for their family.

“The ability for people to come in and sit down and have a cup of coffee, and us to have a business to provide them that service, was all made possible by the U.S. veteran,” said Neal Currey, who wants veterans to know they have a safe space at the shop.

Every customer is asked if they have a military, law enforcement, or first responder background.

“We ask everyone if they have served, and we’re always thanking them for their service,” Casey Currey said. “That’s most important to us,”