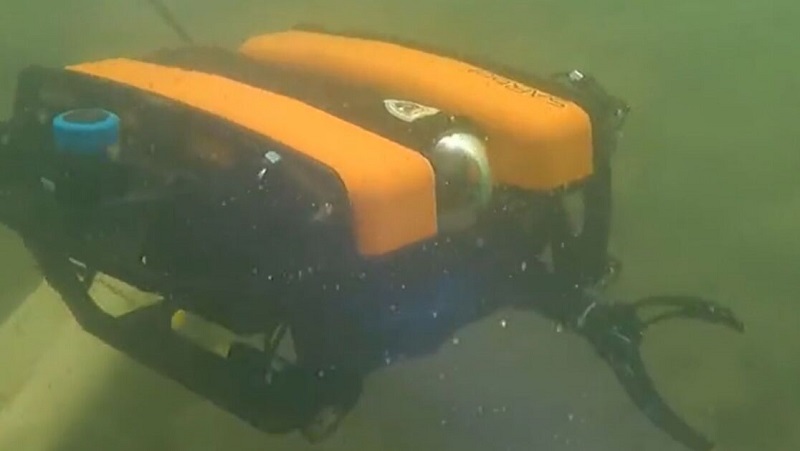 Wasatch County, Utah — The Utah Department of Public Safety’s Dive Team has rolled out a new robot to assist with underwater missions. “In the past when there was a drowning victim there was really nothing you could do but send divers down to search for them,” said Sgt. Greg Kelsey, who has been with the dive team since 2008. “Now we can drop the robot either from the shore if we’re close enough, from the support boat.”

According to The Utah Department of Public Safety’s Dive Team, the robot is equipped with sonar, a video camera providing a live stream to the controller, and a grabbing mechanism so it can latch onto an object or pull it out of the water.

“Having to stop the sonar boat and deploy a diver, you’re stopping the search for a couple of hours while you deploy divers, this way the large boat keeps going, keeps searching for additional targets,” said Sgt. Kelsey. “It sounds counterintuitive but the safest thing we can do on a dive team is not dive.”

It’s a tethered robot that has the capability of scanning surfaces at nearly 300 meters. “It’ll go almost a thousand feet, the deepest places in Utah when they’re at pool anyway is around 500 feet,” said Sgt. Kelsey, who says the robot is ready to be deployed on missions as soon as the dive team is called upon.

The team works on a variety of tasks including anti-terrorism work by scanning dams, helping at local events such as the IRONMAN in Southern Utah earlier this month, assisting local agencies in recovering evidence with most of their callouts involving search and recovery missions. It was created in 2001.

In 2021, they were involved in nearly 10 recoveries. “Most of my experience now unfortunately is on the tragic end of boating trips,” said Sgt. Kelsey, who reflected on years of working recovery missions with the dive team. “To respond and bring that person’s loved one back to them is, the tragedy has already occurred, but there’s some fulfillment, some satisfaction in helping that family recover their lost one so they could have some closure in that.”