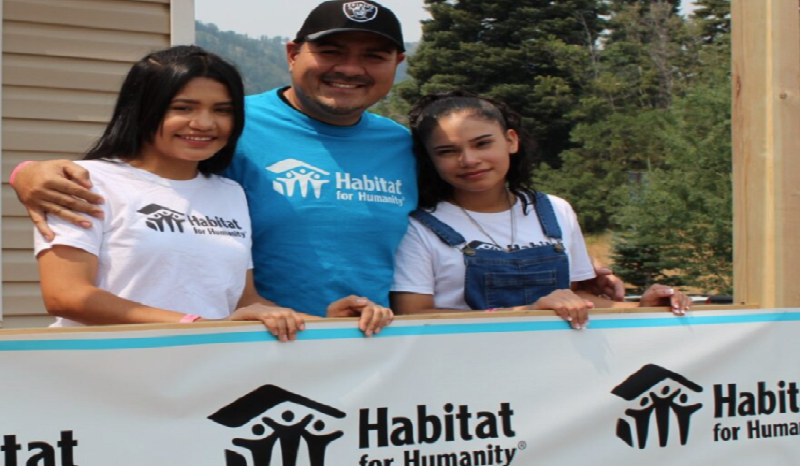 Ogden, Utah — Thanks to the work of the Habitat for Humanity of Weber and Davis Counties, an Ogden family saw their dream of homeownership come true.

The Rodriguezes and their three children rented in poor conditions with landlords that allowed the water to be turned off, no heat access to various rooms, and leaking roofs. Mr. and Mrs. Rodriguez worked hard but still struggled to afford to own a home.

Fortunately, they were chosen for a new home through by Habitat for Humanity.

“When I was given the news that we were selected I could not believe it,” Ms. Rodriguez said. “I was extremely thankful and in shock. I quickly had to call my husband and shock him too . . . we are going to have a home to live in that is going to be ours and we get to be part of the building process.”

They contributed more than 500 hours of sweat equity toward the construction of their new home, which was funded by several financial institutions, with labor contributed by local businesses and volunteers, including students from Weber State University and personnel from Hill Air Force Base.

Fatal motorcycle on I-15