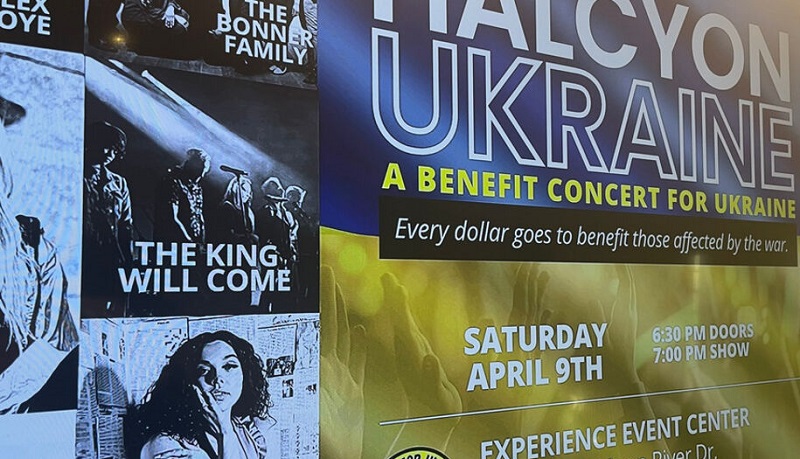 Provo, Utah – Once again, Utahns came together on Saturday to send more help to Ukraine.

People in the Beehive State keep finding ways to help, as the war there against Russia continues.

“United for Ukraine, a Halcyon Benefit Concert” at Provo’s Experience Event Center featured a number of artists who helped raise money for the cause.

According to organizers, all proceeds from the concert are going to Ukraine through a local non-profit called the Responsibility Foundation.

Bart Skalla is the CFO of the group and recently got back after spending nine days in Ukraine. “We load them up with equipment like bulletproof vests, drones, two-way radios, medical equipment, supplies and then they go back in,” Skalla said.

According to organizers, they anticipated up to 700 people. Tickets to the event on Saturday sold for $25 per person.

According to the event organizer and musician Henry Ammar with The King Will Come, a number of the artists were featured on popular TV programs like The Voice, Songland, and American Idol.

Utah teachers to get $10 million in bonuses