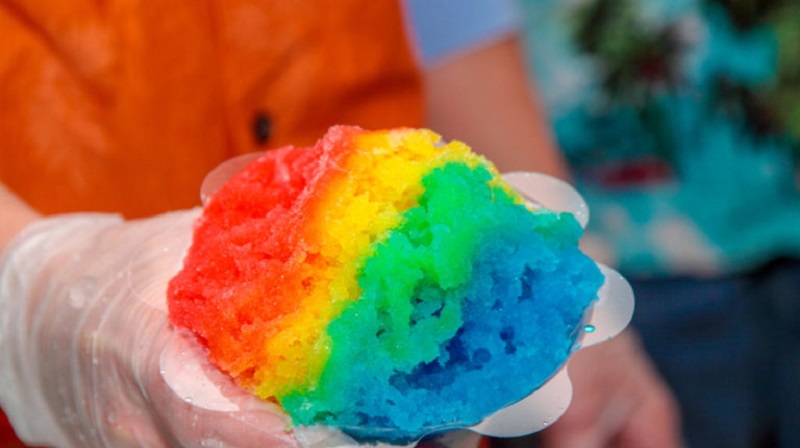 West Valley City, Utah – One of the most popular this time of year is shaved ice. Jason Hunt is the man you want to see because he’s serving up heat relief in the form of shaved ice.

He’s perfecting his craft when he isn’t dancing or singing during his shift.

“It probably a month or two to get it so it looked all right every time,” he said. “This year we opened, and right off the bat we were super busy like every day.”

The days can get busy, but nights at Hokulia Shave Ice in West Valley City can get crazy.

“Some nights we will be working constantly for three hours as fast as we can,” Hunt said. “I love talking to people.”

Cypress and her son Riker are two of those who are taking advantage of Jason’s delicious summer treat. “It’s really easy to just bring your little one to come and relax for a little while eating something to cool you off for the day it’s perfect for after the swimming pool after lagoon after basically anything.”

Another customer was Tiffany – she said her family loves getting snow cones.

“Definitely the place that everyone wants to go we love it,” she said. “We come as a family all the time. When my husband’s working I’ll bring them for a special treat. I feel like every time we come even if we try and beat it’s always busy.”

All her kids like a variety of different flavors but one doesn’t like any flavors at all, just the ice to cool down. “We have one that doesn’t actually like the flavor so he gets plain snow,” she said. “It’s okay, we understand, and not a flavor is still a flavor.”

According to Jason Hunt, his favorite flavor is Lychee.

Brent and Michelle Thomson, the Owners of Hokulia Shave Ice Taylorsville and West Valley City said they prefer the warm temperatures since it’s good for business.

They love to be a part of people’s summer memories and say anyone who passes by should definitely try it. “It’s a nice place for the whole family to come and have a treat together,” Brent and Michelle said.