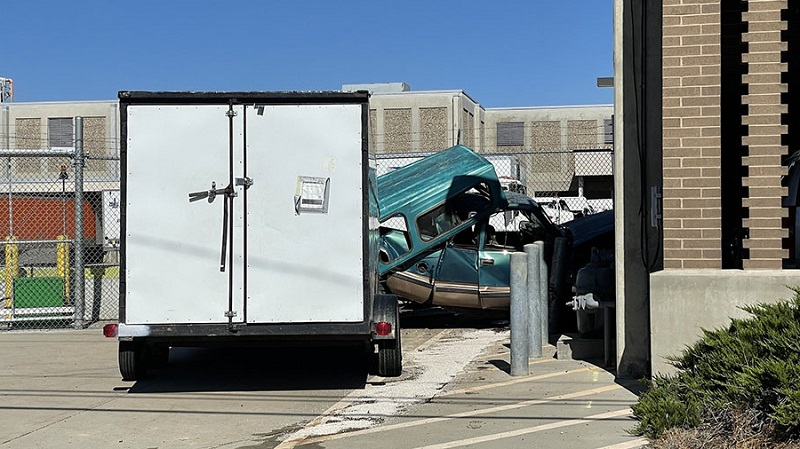 Salt Lake City, Utah — Due to a gas leak caused by a hit-and-run accident, residents and drivers were told to avoid an area in Salt Lake City temporarily.

According to police, the crash on Monday morning at 2050 South Redwood Road caused a truck to hit a gas meter, which caused the leak.

According to witnesses, they saw the driver of the truck take off on a bicycle, but they don’t have a suspect description that would “substantially help with the investigation,” police explained.

A female passenger in the vehicle was taken to the hospital with minor injuries. Officials are still working to determine the cause and identify the driver.

As crews worked to stop the leak, southbound traffic on Redwood Road was detoured at 1900 South.

Worker being buried in construction accident near Park City