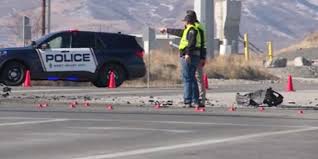 WEST VALLEY CITY — Police have identified a Herriman man killed on Christmas morning in a crash in West Valley City.

About 9:30 a.m., a southbound vehicle and westbound vehicle collided at 5400 S. Mountain View Corridor after one of them ran a red light, West Valley City Police said on Friday.

Alonzo Ahlstrom, 74, was pronounced dead at the scene.

The other driver suffered broken bones and other injuries and was hospitalized in serious condition.

As of Saturday, the crash remained under investigation.