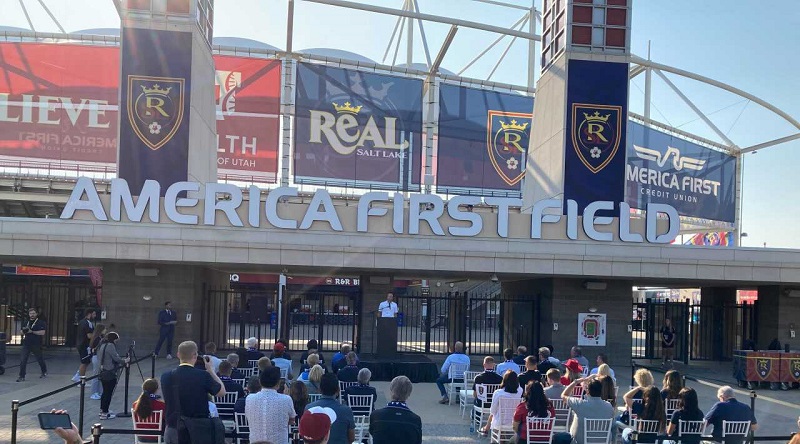 It’s a partnership with America First Credit Union, which RSL representatives said has been one of the team’s original sponsors since its first season as a Major League Soccer club in 2005.

Since the stadium opened in 2008, mining company Rio Tinto, which owns the Kennecott Bingham Canyon Mine, has had naming rights.

The stadium and fan section was nicknamed “The RioT” after the former sponsor, but RSL tweeted shortly after the announced name change that “The Riot will live on” at the new stadium, as well as the “Believe” anthem that includes the nickname as part of the chant.

RSL will take to their newly-named field for the first time just a few hours after the announcement, facing D.C. United at 7:30 p.m.