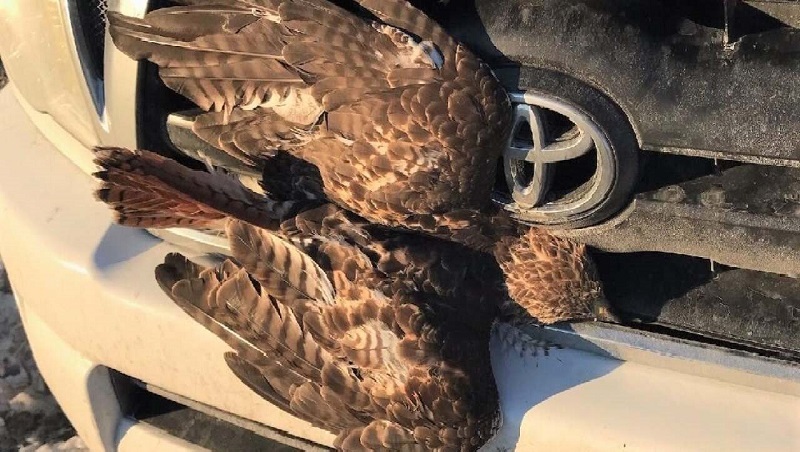 Utah – According to wildlife officials in northern Utah, a red-tailed hawk was rescued after it became stuck in the grill of a car at high speed.

After the animal went through x-rays, the bird seemed to be uninjured, wildlife officials said in a social media post.

‘This Mature Red-tailed Hawk arrived yesterday after an encounter with a “sudden stop” as it became embedded at high speed into the grill of a car,” the post from Wildlife Rehabilitation Center of Northern Utah read.

“The initial X-ray wasn’t easy to read, but we couldn’t see or feel anything broken and ‘she’ will need another set of radio-graphs to get a better understanding of any possible injuries she might have.”

According to the rehab center, for now, she’s “feisty” and her body and wings appear to be fine.

Utah House and Senate put the spotlight on a birth defect that’s estimated to occur in one in 5,000 births