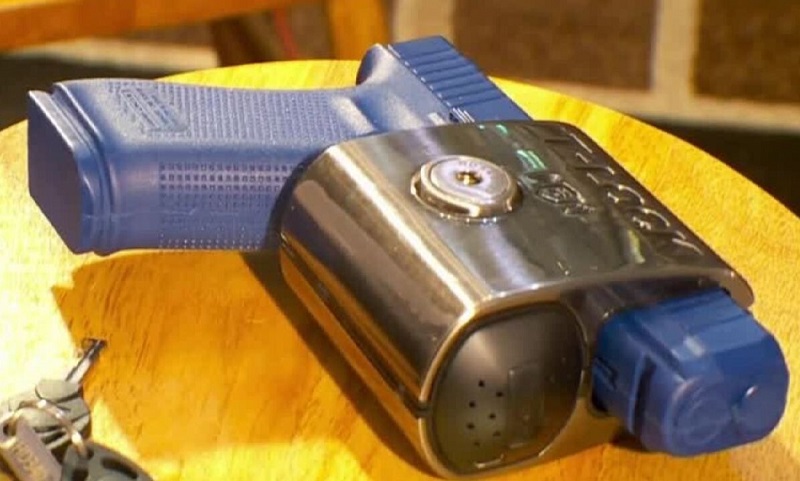 Utah County, Utah — A retired lieutenant invented a product to stop children and criminals from being able to access family weapons.

After 41 years in law enforcement, Dennis Harris retired last year. He created the T-Lock in honor of his 15-year-old daughter TaLeah, who died by suicide in 1998.

“Did I blame myself? I did,” Harris said. “I can sit here and tell you, that was the hardest thing in my entire life.”

The advanced gun lock has been approved by the California Department of Justice and NTS Wichita, an independent ballistic testing facility in Kansas, according to Harris.

“It’s so obnoxiously loud that a kid most likely is going to put it down,” Harris said. “Even if it’s a thief, he’s probably going to toss the gun on the side of the road.”

According to Harris, the lock is one of the best on the market and is virtually indestructible.

“We used a grinder on it,” Harris said. “Then we tried to use a drill, but we have an anti-drill plate where the locking mechanism is. We used hammers. We used pry bars. Sledgehammer. We’ve done almost anything you can think of.”

After police arrested a teenager who brought a gun to East High School, Chief Mike Brown of the Salt Lake City Police Department urged last week parents to do something to stop their children from being able to access weapons.

“As a parent myself, I am very concerned,” Brown said. “We need to stop allowing children to have such easy access to guns.”

“That story that you guys aired — I mean, that’s one of the hundreds of stories that you guys have aired over the years,” Harris said. “The biggest concern is, maybe your child may commit suicide — or that someone may steal your gun — and what if they were to use that gun to kill someone else? Those are very hard things to live with.”

According to Harris, he already sold dozens of the locks to the Orem Police Department and has heard positive feedback from the officers who use them.
“There’s no doubt in my mind that my daughter is okay with this,” Harris said. “We did it so that another family wouldn’t have to go through the grief that we’ve gone through… She’s with me every step of the way.”

Kids benefitting from “Shop with a Cop”