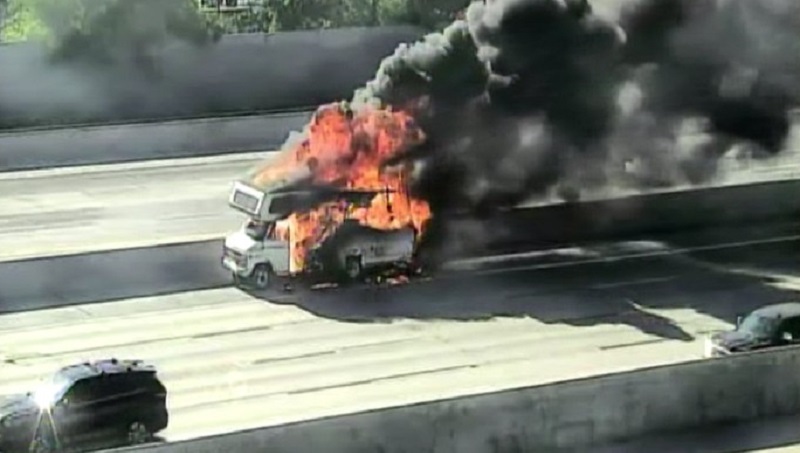 Midvale, Utah – An RV was engulfed in flames shutting down Interstate 15, on Monday afternoon.

As fire crews extinguished the fire, four lanes of traffic were shut down.

According to UHP, no one was injured in this fire.

The cause is still under investigation but is believed to be a mechanical malfunction.

Residents come together for those evacuated during Deuel Creek Fire