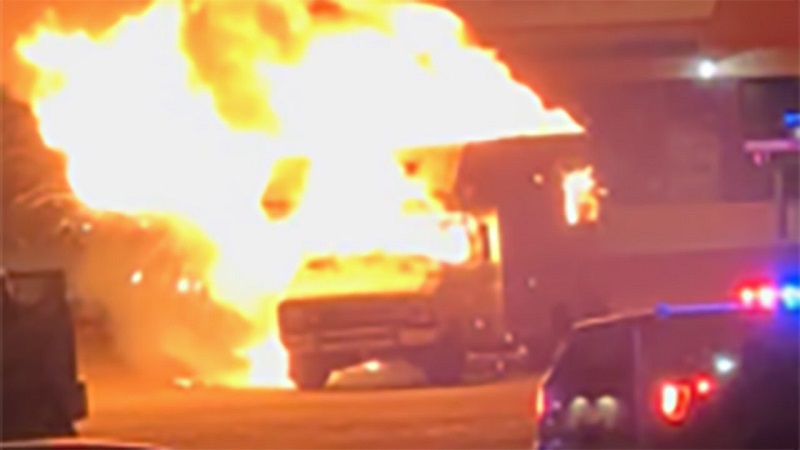 Spanish Fork, Utah – The owner of a motor home that was set on fire in a parking lot on Saturday night is being sought by authorities.

According to Spanish Fork Police Sgt. Blake Ottesen, at at 9:35 p.m., calls were made reporting a car fire in the Chick-fil-A parking lot.

According to Ottesen, a bystander informed the responding police that the motor home contained ammunition and advised them to flee. The bystander left the area before police could ask any further questions.

First responders discovered a shell chasing on the ground after hearing ammunition explode inside the motor home.

“According to witnesses, we are assuming the owner, but somebody got out of the motor home and left the scene on a bicycle,” Ottesen said.

Spanish Fork PD has not given a description of the person they are still seeking for.

No one was hurt, according to Ottesen, and the RV was hauled on Sunday.