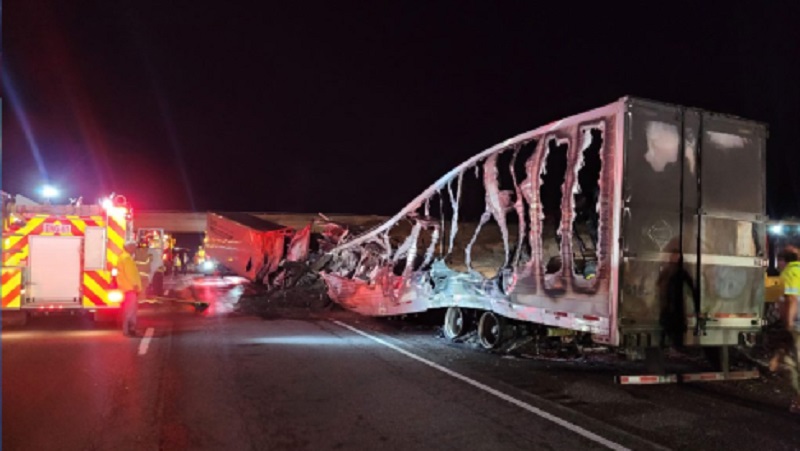 Tooele, Utah – Early Friday morning, two semi-trucks were involved in a crash on I-80 in Tooele County near milepost 41.

A white Volvo semi was traveling westbound before it was struck from behind by a white Kenworth semi at about 12:45 a.m. Friday morning.

The two vehicles stayed together and stopped toward the right shoulder. After the collision, a fire started causing both trucks to become engulfed in flames.

I-80 westbound was closed while crews worked to investigate and clean the crash scene.

An investigation about the cause of the incident is ongoing.

Politicians in Utah against Biden’s plan to forgive student loans