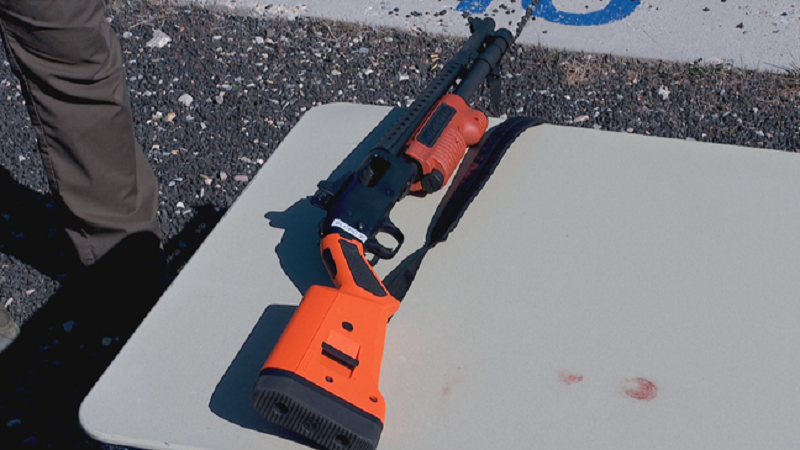 Salt Lake City, Utah – A suspect tried to carjack a vehicle and then threatened officers with a knife.

On Saturday, a 29-year-old, Zachery Chance Jensen, approached a driver at 1300 South State Street in Salt Lake City around 1:45 p.m. and attempted to take the vehicle.

Upon arrival, police located Jensen walking away with a knife in his hand, the report states.

“Officers gave commands to stop, to drop the knife, and to get on the ground, Jensen did not comply with any commands Jensen made slashing motions toward officers and fled westbound across State Street,” the report states.

The officer chased Jensen on foot and eventually used a shotgun with “less-lethal” beanbag rounds to apprehend Jensen, according to police.

Jensen was booked into the Salt Lake County Jail on charges of aggravated robbery, a first-degree felony; failure to stop at the command of law enforcement, possession of a dangerous weapon by a restricted person, and aggravated assault.

According to court records, Jensen is on probation for a prior drug and theft conviction. He has prior felony convictions that include tampering with a witness, burglary, and drug distribution. The department has around 100 “less-lethal shotguns” in service.