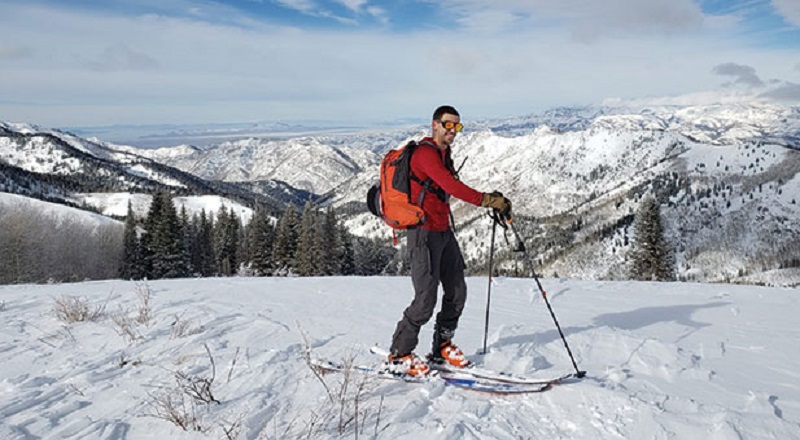 “A few days ago, it was beautiful, sunny, warm, 70 degrees,” said Wayne Bassham, a member of the team. “Forty hours later, it’s into the 30s and it’s snowing.”

The team will be ready to rescue anyone caught in adverse conditions whether it’s an ATV, a snowmobile, on skis, or on foot.

“Well, we always expect people to be prepared,” Bassham said, “but you never can predict the future.”

He has been a part of the county search and rescue team for 12 and a half years.

Bassham described moments like “the husband and wife meet in the parking lot with their son or daughter and give them a hug” as ones that “kind of keep bringing you back day in and day out.”

Every member of the 30 members of the team is a volunteer, and they all have day jobs as well.

They were getting ready for extreme conditions, training and practicing lots of different snow rescue techniques, on Saturday.

There are some things to think about before you start off with such confusing weather. “It happens more than you realize,” Bassham said. “People start off on a real sunny or sunny afternoon, and clouds roll in, it gets cold, they don’t have proper clothes… They don’t have the nutrition.”

The main message: If you’re in a tough spot, never hesitate to call. “We would rather be notified and not go up than not be notified and have a really bad situation occur,” Bassham said.