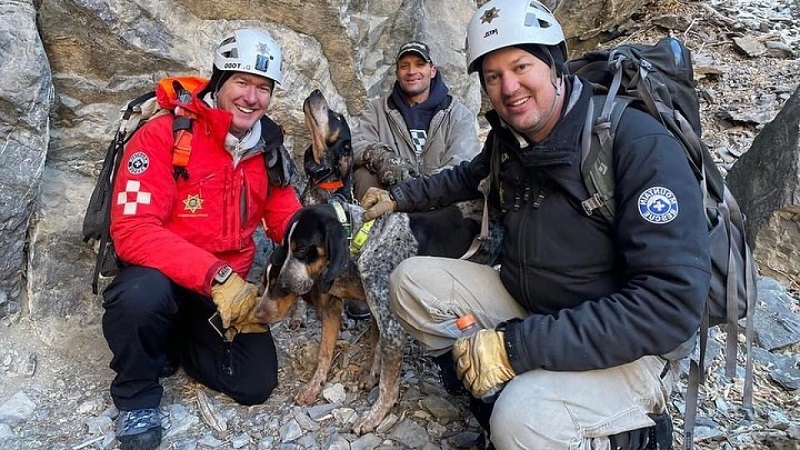 American Fork, Utah — After seeing a Facebook post from a resident asking for help retrieving their dogs that were stranded on a cliff, two members of the Utah County Sheriff’s Search and Rescue team took it upon themselves to help out.

Curtis Dudley and Daniel Todd saw the post, in which the dogs’ owner was looking for someone with rock climbing or ice climbing gear. According to UCSSAR, the pair of dogs were “cliffed out” for three days, and the individual said they had no other way of reaching them.

Dudley and Todd went to American Fork Canyon to help, and they were able to successfully get the dogs down from the cliff and reunite them safely with their owners.

“Even more impressive, this was not an official UCSSAR call,” the SAR team wrote in a Facebook post. “Merely two team members with the skills and equipment willing to help a worried neighbor in need. Thanks for all you do Curtis and Dan; officially and unofficially.”

“My sweet boys are now home,” the owner wrote in an update. ” I want to thank the SAR for all the help!”

One person is dead after shooting in Salt Lake City