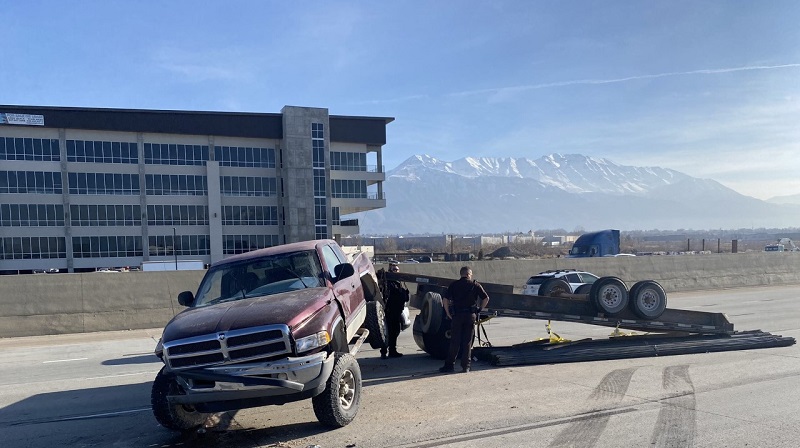 Salt Lake City, Utah – A car crash has been reported along I-15 near milepost 279.

According to Utah Highway Patrol, the crash occurred when a semi-truck collided with a trailer going southbound on the highway.

The trailer reportedly rolled off the road spilling a load of rebar.

As a result of the crash, no injuries have been reported.