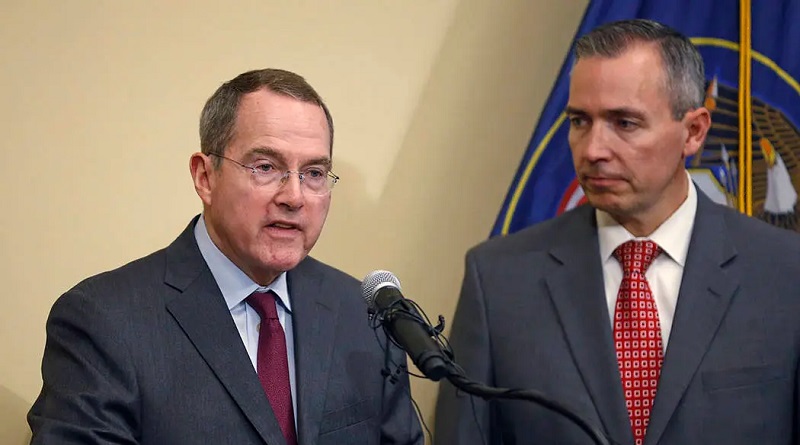 Utah – Banning transgender students from participating in girls’ sports, Gov. Spencer Cox said he did not like the process leading to a big change to a transgender athlete bill on the last night of the Legislature’s session.

“We never talked about it, we’ve never debated it, we never had any public input on it,” Cox said.

Sen. Dan McCay, R-Riverton, said the measure had plenty of debate for years.

“If this bill hasn’t been debated both in the public square, the private square, every square, every dinner table in the State of Utah, I’d be surprised,” said McCay.

McCay maintained hardly anyone liked the earlier version, saying there was opposition from conservatives, liberals, the governor, and state senators. He offered a substitute to HB 11 on the Senate floor.

“What really became clear is the only thing we had 15 votes for (a majority in the Senate) was the bill that passed,” McCay said. “That was it.”

According to Rep. Kera Birkeland, R-Morgan – the author of the commission concept – she holds hope the legislature could override a pending veto by the governor, or the legislation could be tweaked to gain more support.

Birkeland tried to compromise with bill opponents, but “was getting slammed and beaten up” by protesters, LGBTQ transgender allies, and community activists – on top of disappointing politics.

“I had so many Democrats saying, ‘I really like your bill,’ but that they couldn’t vote for it because it’s an election year,” Birkeland said.

According to Robbins,d lawmakers, in the debate, Friday night, made dehumanizing comments without realizing it.

“It shows a lack of understanding and a lack of support,” she said, “and that youth end up feeling that the legislature is not there for them and that they may harm them whether they know it or not.”