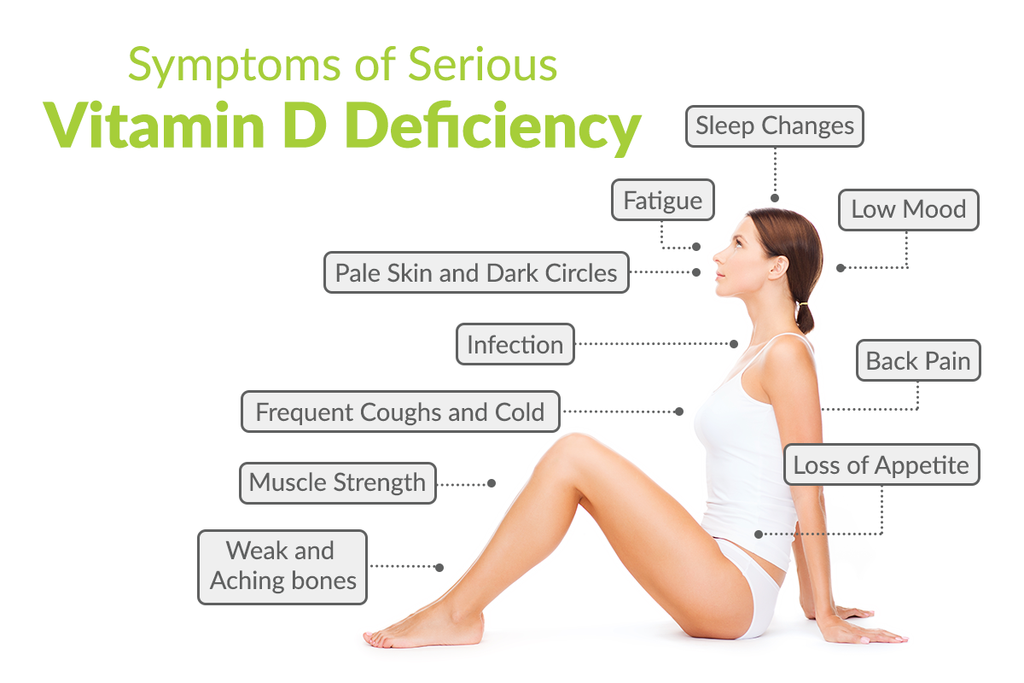 Vitamin D is an important vitamin that you get through some of the foods you eat and through sun exposure. When skin is exposed to the sun, it can make vitamin D. Vitamin D is alsoavailable as a dietary supplement.

Vitamin D serves many purposes in your body:

There are two types of vitamin D important to humans: D2 is from plant-based sources, and D3 is made by the body when the skin is not protected by sunscreen and is exposed to ultraviolet rays in sunlight.

The recommended daily allowance for vitamin D for children and adults is 600 IU (15 mcg) until age 70. Starting at age 70, the RDA is 800 IU (20 mcg). In infants up to a year old, the RDA is 400 IU. All of these RDAs assume that a person gets minimal sun exposure, but federal guidelines don’t specify how much sun exposure that means.

Many Americans are believed to be vitamin D deficient. A report from the Centers for Disease Control and Prevention states that 8.1% of Americans are deficient in vitamin D, although other studies and estimates cite a much higher percentage. For example, Cleveland Clinic Mercy Hospital, a ministry of the Sisters of Charity Health System, based in Ohio, estimates that 42% of the U.S. population is deficient in vitamin D. In the CDC study, the highest deficiency was found among Black people, with 31% found to be vitamin D deficient.

On average, U.S. adults are thought to get 160 to 400 IU per day of vitamin D, which increases to 300 to 900 IU daily when supplements are used, according to the Dietary References for Calcium and Vitamin D from the National Academies of Science, Engineering and Medicine.

There are a few reasons why people may not get enough vitamin D:

There’s also a wide swath of the population that commonly has vitamin D deficiency. These subgroups include:
Signs of Vitamin D Deficiency

There are several signs of vitamin D deficiency, including:

Of course, these same signs could be associated with many other health problems, such as stress, dehydration or achy joints caused by weather changes, Hardie says. If you have these signs and suspect that they are linked to vitamin D deficiency, talk to your health provider about getting a blood test that can check for vitamin D deficiency.

A normal level from a vitamin D lab test is usually considered to be 20 to 40 ng/mL, but some health providers like to see levels closer to 30 to 50 ng/mL.

What to Do If You Are Vitamin D Deficient

If a lab test indicates that you’re not getting enough vitamin D, there are a few things you can do.

First, turn to food. Some good food sources for vitamin D include:

Next, aim to get just a few minutes of sunlight a day. After all, vitamin D is often called the sunshine vitamin. However, this sun exposure sans sun protection requires just a small amount of time – 10 to 15 minutes a day should be enough, with some of your skin (like your arms or legs) exposed.

The American Academy of Dermatology, however, advises people to get their vitamin D from food sources, not the sun.

A third option in place of or in addition to food and sun exposure is a dietary supplement. This is best done in collaboration with your health provider, who can help decide on the right dosing for you. In general, 1,000 to 5,000 IU is considered to be safe, Bauche says. These higher doses are used because many people won’t absorb all of the vitamin D that their body gets, Angelone says. Some people receive vitamin D supplement prescriptions of up to 50,000 IU weekly. You can use either D2 or D3 supplements, although D3 supplements are more common.

A few tips to help choose a good vitamin D supplement:
Related Topics:featured
Up Next

Where Can You Travel if You’re Vaccinated?