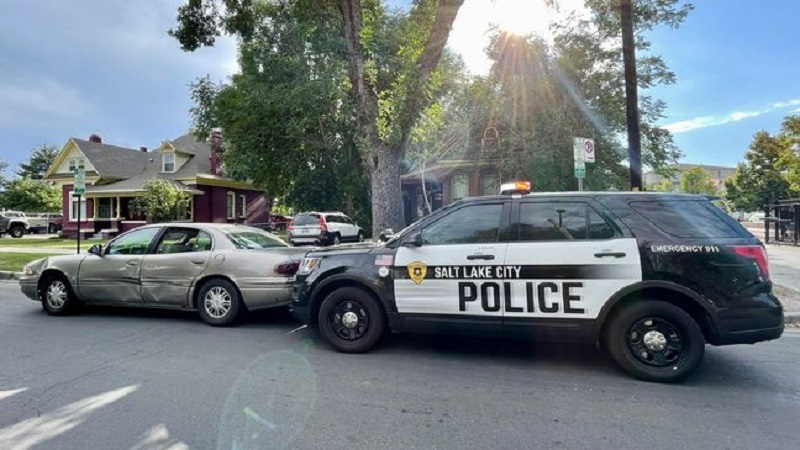 Salt Lake City, Utah — According to police, six people were arrested, after being stopped in a stolen car with a loaded handgun.

Police said the investigation began just after 5:10 a.m. on Thursday when officers received information about a carjacking near 1200 West Arapahoe Avenue. Two people had reportedly approached and got into a car while a woman was also inside, telling her to drive away.

“The woman said no and told the two to get out of her car,” a press release said. “One of the suspects took out a knife and demanded the woman’s car.”

According to police, she then got out and threw her keys at the suspects. The suspects then left the area in the vehicle.

Salt Lake City Police officers in the area of 500 Main Street located the stolen car with several passengers at approximately 5:45 p.m. A short pursuit ensued after the driver initially refused to stop for police.

According to police, the pursuit ended near 1450 South Temple when the driver stopped and “everyone inside the car bailed and took off running in all directions.” SLCPD’s bike squad, K9 unit and all three patrol divisions responded to the scene to help arrest six suspects total.

A loaded firearm was recovered in their search. Officers arrested 21-year-old Dylan Upshaw and 19-year-old Kendrick Legg for failing to stop at the command of a law enforcement officer.

The four other people detained were juveniles and no information about their cases could be released.