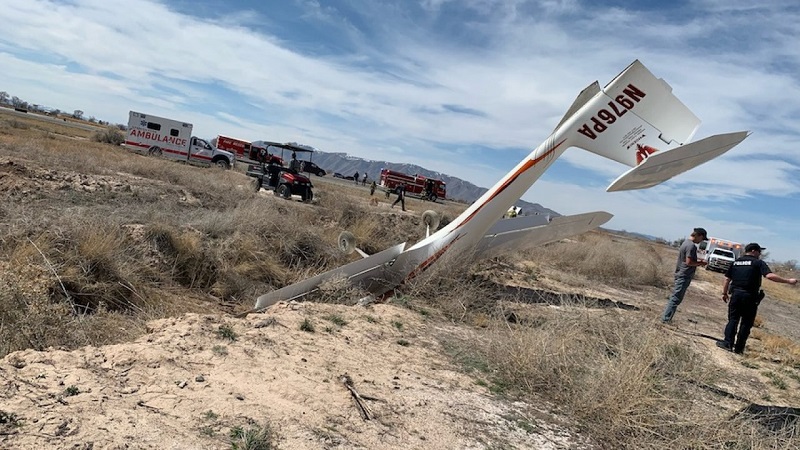 Spanish Fork, Utah —While attempting to land at the Spanish Fork Municipal Airport Saturday, a small airplane crashed but the occupants, both men in their early 20s, were not seriously injured.

The single-engine plane was landing on the runway when it got caught in crosswinds, according to Spanish Fork Police. It went off the runway and into a ditch, where it flipped over.

The two occupants were transported to a local hospital with minor injuries.

The plane had originally taken off from the same airport where it was attempting to land.

Police alerted the Federal Aviation Administration of the crash, but it is not yet known if they will conduct an investigation.