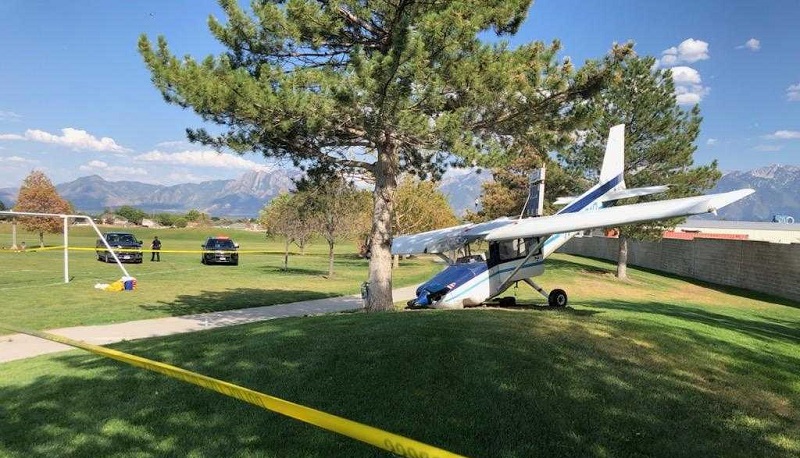 The two occupants were able to get out uninjured.

According to Bell, the plane had taken off from airport #2 in West Jordan but struggled to gain altitude and rapidly descended into the soccer field.

The plane did sustain some damage, and will be removed after an investigation.

“The two people are fortunate that it turned out the way it did,” Bell said.