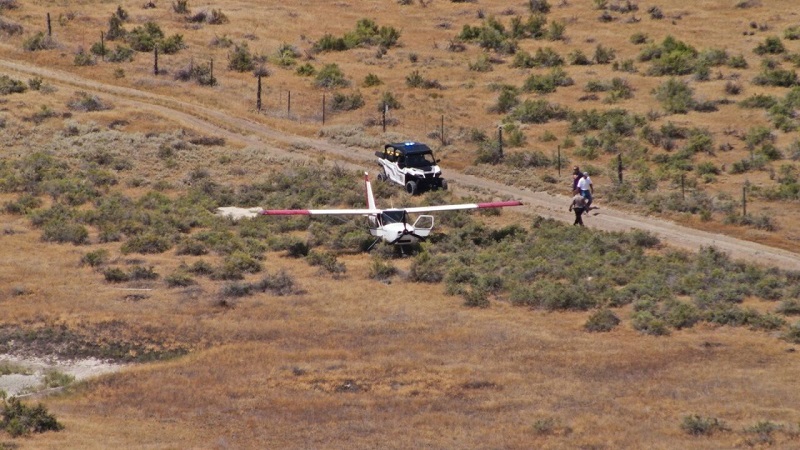 According to officials, the emergency landing happened at 12:20 p.m. in a remote area of western Weber County.

The photo shows the plane in a field surrounded by brush and dry vegetation.

According to the pilot, a mechanical issue forced the landing.

Due to the remote location, drones from the Weber County Sheriff’s Office and Ogden City Police Department helped locate the plane.