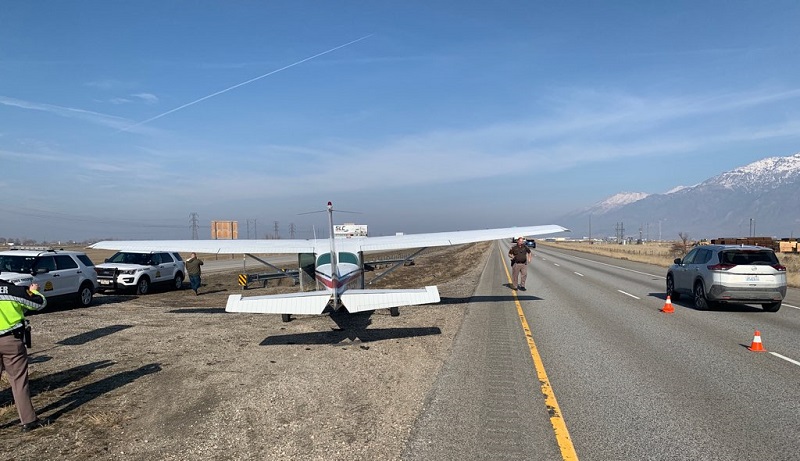 Brigham City, Utah – On Sunday, a small Cessna plane made an emergency landing near Brigham City.

According to the Utah Highway Patrol, it happened around 11:45 Sunday morning.

Troopers closed the interstate for about 30 minutes while they moved the plane to the median.

Crews took it to a nearby airport. Troopers cleared the Interstate and traffic continued.

According to the Utah Highway Patrol, no one was injured. The Federal Aviation Administration will now investigate.