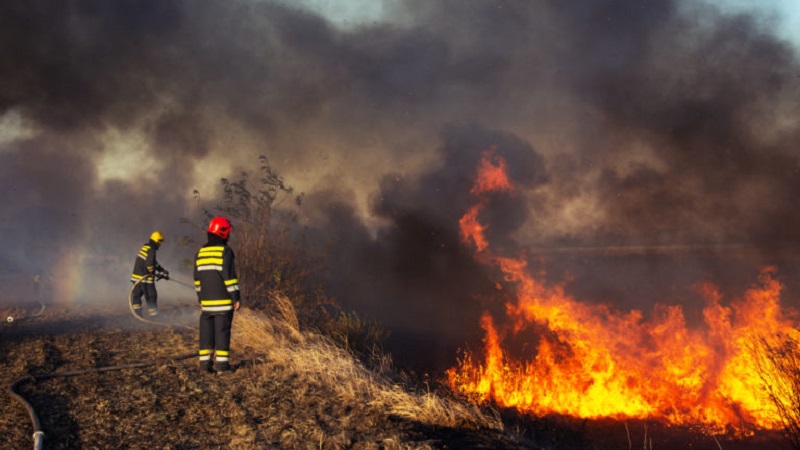 Salt Lake City, Utah – As state officials brace for what could potentially be a rough summer of wildfires, some Utah counties have now been moved under fire restrictions.

On Wednesday, at a briefing before the Utah State Legislature’s interim natural resources committee, the head of Utah’s Division of Forestry, Fire & State Lands said so far this year, they have recorded 195 wildfires and more than 1,000 acres have burned.

That’s actually an improvement over this same time last year. But things will likely get worse. “The fuels are dry, it’s really hot,” said Jamie Barnes, the agency’s executive director.

Garfield, Iron, Washington, and Kane counties are currently under “Stage 1” fire restrictions. That prohibits fires except in designated areas; bans tracer ammunition and exploding targets; prohibits cutting, welding, or grinding metal in areas of dry vegetation; and bans operating a motorcycle, chainsaw, ATV, or another small internal combustion engine without an approved and working spark arrestor.

Grand and San Juan counties are currently under “Stage 2” restrictions which include everything in Stage 1 — but also prohibit fires even in designated areas. Across Utah, cities and counties are rolling out fireworks restrictions ahead of the Fourth of July and Pioneer Day holidays.

According to Barnes, the majority of wildfires so far have been human-caused, pleading with people to do what they can to avoid starting a fire. “Everyone always wants to say they’re not going to be the person that starts a wildfire and that’s not reality,” she said. “So please, use your fire sense when you’re out there recreating.”

According to Rep. Gay Lynn Bennion, D-Cottonwood Heights, who requested the briefing, she was contemplating some wildfire legislation in the 2023 session. “Building codes in the WUI (wildland-urban interface), that might involve changes so that we’re better prepared,” she said.