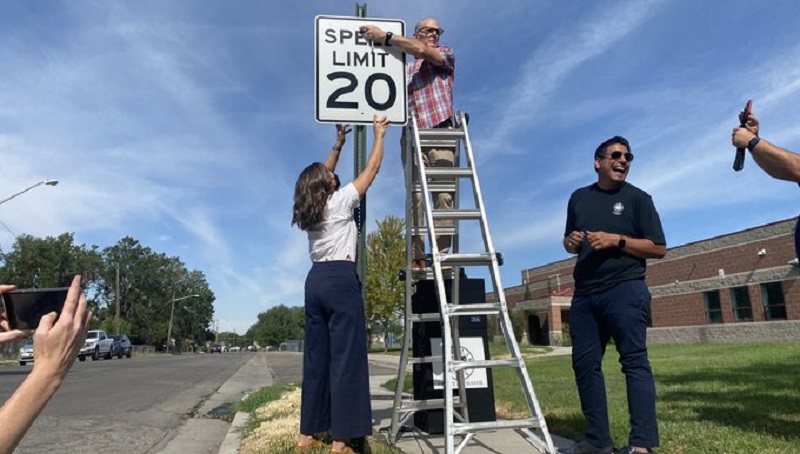 This decision to lower the speed limit comes after deadly auto-pedestrian crashes.

City leaders and law enforcement believe what may appear to be a slight change will make a big difference and save lives. “What we need in order for it to work is for drivers to treat that 70% of Salt Lake City streets like their own home street,” said Salt Lake City Mayor Erin Mendenhall.

A 20-mile-per-hour sign was put up near Parkview Elementary School on Wednesday.

According to Salt Lake City Police Chief Mike Brown, the change is a good thing. “It’ll save lives,” he said.

They will take this time to educate people about the change, Brown said. “As we educate and come together as a community, we’ll have an impact on the safety on our streets.”

The change affects more than 400 miles of city-owned roadways and about 70% of city streets.

The movement to lower the speed limit on residential streets, called 20 is Plenty, goes back to a grassroots safety advocacy group called Sweet Streets. “Over the next couple weeks, Salt Lake City workers will be switching out 575 25-mile-per-hour signs to 20-mile-per-hour signs,” Mendenhall said.

According to Brown, even if a person goes at a slow speed, a crash can have tragic consequences.

Car crashes into bank in Tremonton